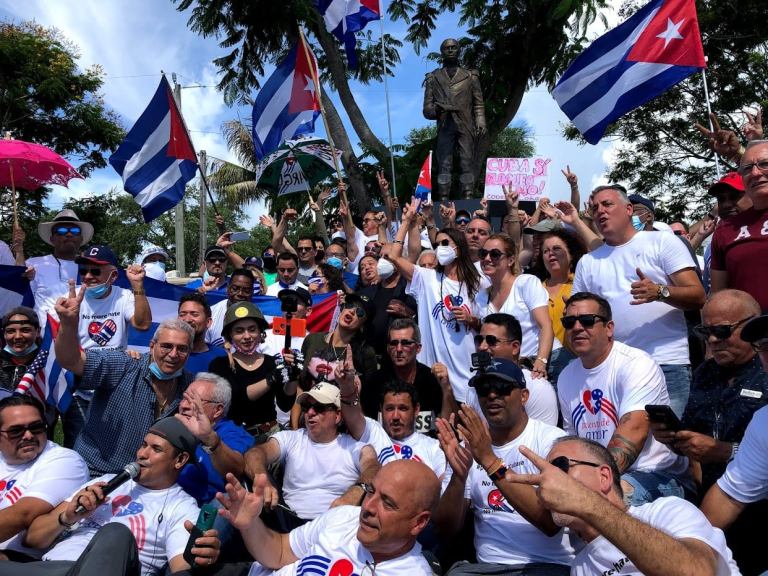 In an exclusive interview with Prensa Latina, the director of the Center for International Policy Research, emphasized that many in Miami have one public speech and another at home, a distortion to be socially accepted in an opportunistic environment.

In the diplomat’s opinion, the ultra-right wing uses algorithms and communication strategies on social networks and digital platforms with repeated hate messages to convey the idea that there is a Cuban community with a uniform way of thinking, but that is not the case.

According to Cabañas, this is a reaction from this sector to the 2015-2017 period of bilateral opening when almost five million people traveled in both directions and there was a step back on the reactionary agenda.

But the United States is not Miami -he reiterated, the coercion to which many Cuban artists are subjected to so that they take a position against the Cuban Government does not happen at all in New York, Chicago or Los Angeles, which are indeed capitals of culture.

Cabañas recalled that in 2017 Cuba was the main guest at the largest jazz festival in the United States and in 2018 more than 400 artists performed at the renowned Kennedy Center in Washington.

On the other hand, the diplomat considers that the right wing and its connections saw in the Covid-19 pandemic an event similar to the fall of the socialist bloc, so they supported any extreme political action and the tightening of the blockade against Cuba.

The expert pointed out that the Cuban community has a varied view on these issues and most of them, according to surveys and studies, have a common concern which is the family agenda.

“For that reason, people in Miami are today asking for the reestablishment of travels, remittances, visas and other measures that will allow them to help the family they have here,” he added.