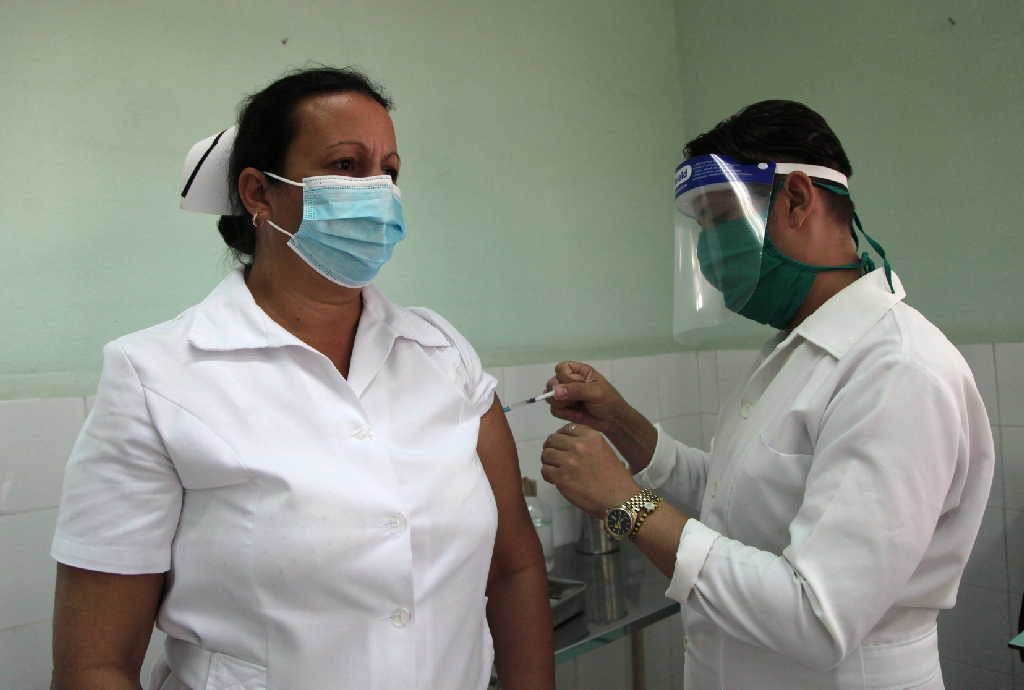 National immunizer Soberana Plus and Soberana 01 will be used, the latter when approved by the Center for State Control of Medicines, Medical Equipment and Devices.

In the case of population already vaccinated, the idea is to start after the 20 of current month in the first seven municipalities where immunization started in the capital: Guanabacoa, San Miguel del Padrón, Habana del Este, Regla, Boyeros, Cotorro and Arroyo Naranjo.

The booster, a voluntary process, will be a single dose for those who have already had the complete plan for several months, authorities of the Health Ministry explained.

According to director of research at the Finlay Vaccine Institute, Dagmar García, it is sought to learn what happens after the booster, monitor the capacity of ‘Soberana 01’ for this function and compare results in relation to ‘Plus’.

The evidence of a favorable duration of the response in the vaccinated with both drugs, positive results when evaluating the booster effect (reinforcement) in both cases, as well as Soberana 01’s reinforcing effect for those immunized with Pfizer vaccine, García commented, cited by the Cuban News Agency.

Miladys Limonta, project coordinator for the development of anti-Covid-19 vaccine candidates at the Center for Genetic Engineering and Biotechnology, highlighted the suitability of ‘Abdala’ for stimulating the immune response as a booster dose.

The vaccine, the first to be engineered and produced in Latin America and the Caribbean, proved such capacity in convalescent individuals previously immunized with other formulations like Sputnik and Sinopharm, and in those vaccinated five months earlier with the complete plan of Soberana 02 plus Soberana Plus, as well as with Abdala itself, Limonta argued.

There is evidence that protection against resistant variants of the virus is greater as the antibody titer increases, and booster doses guarantee the selection of memory clones and a longer duration of the immune response, Limonta concluded.