Serious nexus of the president of Ecuador with Pandora Papers 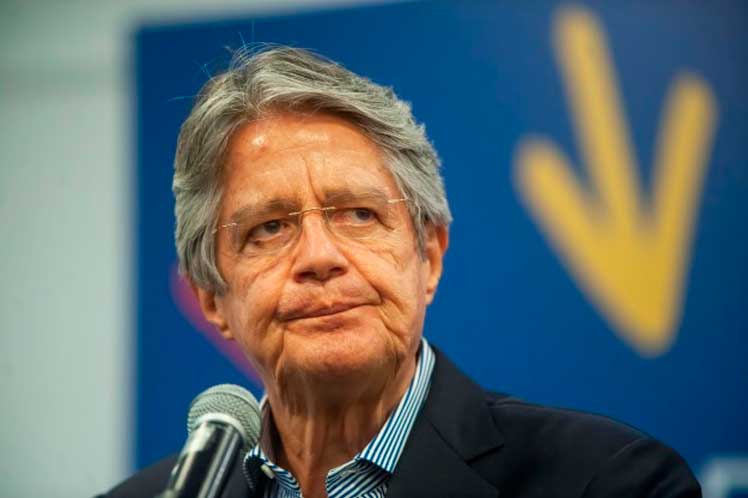 Serious nexus of the president of Ecuador with Pandora Papers

In an official statement, the body that brings together the majority of the ancestral peoples of this South American country, made reference to a recent report of the Constitutional Guarantees Commission of the National Assembly, in which the legislators consider that the president failed to comply with the observation of the Ethical Pact approved in popular consultation in 2017.

In accordance with the provisions of the population, for aspiring dignitaries or officials with public office it is forbidden to have assets or capital in countries considered tax havens, as they promote tax evasion.

“Guillermo Lasso’s link with the Pandora Papers only adds to an already existing situation of crisis and social upheaval that Ecuador is going through due to multiple crises: lack of employment, regression in labor rights, historical insecurity, emergence of a new migratory wave, prison crisis, attacks on the agricultural sector, “assured Conaie.

On this matter, he added that it is a moral duty of all citizens and the authorities to apply the necessary sanctions in that case, which would help to start transformations in the current financial and fiscal conditions responsible for the enormous and inhuman social injustice of the peoples.

“To the government spokespersons who defend the” legitimacy of evading taxes “, we remind them that those resources hidden in tax havens is a robbery of society as a whole and it is a robbery of the common taxpayer who does pay his share”, he emphasized the Confederacy.

“Right now, it is a shame that while the executive tries to justify the tax evasion of one of the wealthiest presidents in history, at the same time he announces the lack of resources for the Budgetary Proforma, which takes 291 million dollars from health and 278 million to education “, he sentenced.

In his opinion, these resources are lacking because financial and economic groups evade taxes.

For Conaie, if only Guillermo Lasso and economic groups paid a minimum tax of two percent of their income, as happened with microentrepreneurs, the state would achieve a collection of at least an additional 1,306 million dollars, sufficient amount to avoid the reduction of funds in important sectors.

The estimates of the instance contrast with the payment of around one percent of the income of the wealthiest, many of them with offshore companies and accounts in tax havens, where their wealth is hidden, facilitating lower income tax returns.

The report of the Constitutional Guarantees Commission, approved on November 5, concluded that the head of state has a “direct link” with tax havens.

The information for the analysis in the parliamentary team was based on data provided by the legislator Mónica Palacios, proving that the transfer of shares of their offshore companies, carried out by Lasso, was made official after his registration as a candidate for the presidency.

The evaluation was based on evidence that indicates a possible crime of tax fraud, based on disparities in the payment of taxes in the different companies of the Banco de Guayaquil and Lasso Group.

In general, the issue arouses controversy, because the dignitary’s lawyer, Eduardo Carmigniani, maintains that the Superintendency of Banks of Panama reports the transfer of shares on September 15, 2020, days before the entry of the nomination.

However, political analysts maintain that the current situation generates a scenario of governance crisis, due to the decrease in support and credibility for the president, who also would not have room for maneuver to carry out the National Development Plan.