Cuba and Russia strengthen collaboration in education and science (+Photos)

Cuba and Russia strengthen collaboration in education and science (+Photos)

The meeting is part of an official work visit to this country, which began last Monday and includes various encounters with senior government officials, Parliament and representatives of important educational and scientific institutions. 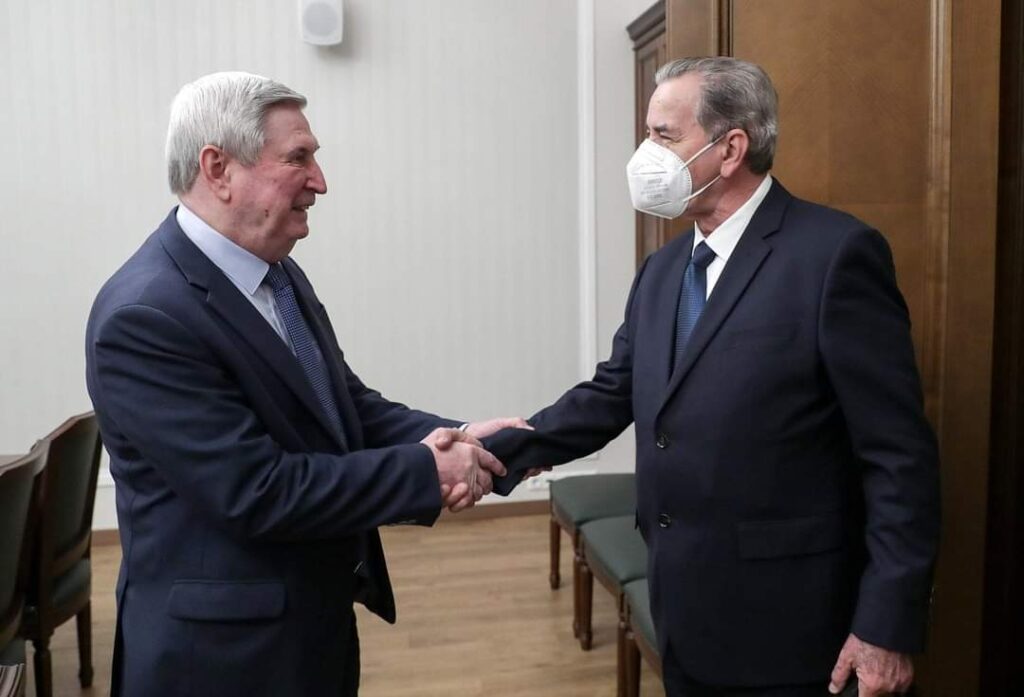 Yesterday, Saborido met with Iván Melnikov, first vice president of the State Duma (Lower House), with whom he exchanged on relevant aspects of collaboration in the field of higher education and science, areas that have been actively advancing in recent times.

The Russian representative ratified Moscow’s position against the economic, commercial and financial blockade imposed by the US government against the Island and the attempts to destabilize the Cuban revolutionary process.

For his part, the Cuban minister conveyed greetings from the authorities of the Caribbean nation and thanked the support offered by Russia in the training of human resources.

He also underlined the importance of the 100 scholarships that Cuban students and professionals receive each year to prestigious universities in this country and the need to jointly continue improving all aspects related to this program.

The Russian official suggested taking advantage of scientific research projects being developed in this country to increase exchanges between researchers from both nations.

In addition, he underlined the interest of Russian scientists to visit the island and work with Cuban counterparts in different specialties.

According to Gustavo Cobreiro, consultant of Education and Science of the Cuban embassy in Moscow, the meeting took place in a friendly atmosphere and Melnikov recalled he had traveled to Cuba on different occasions and considered himself a great friend of the Revolution and its main leaders.

At another time, the Cuban minister exchanged with Viacheslav Nikonov, president of the Russkiy Mir Foundation, the main sponsor of the 100 scholarships program.

Both officials agreed on the importance of maintaining the program that contributes to the socioeconomic development of the Cuban nation and strengthens the bonds of brotherhood between the two countries.

Nikonov commented on the possibilities of increasing actions to promote Russian culture and in particular language teaching with the support of higher education institutions in this country.

Also this Tuesday, the representative of Cuba was received by Konstantín Kosachev, vice president of the Federation Council (Senate), who expressed Moscow’s good will to follow up on actions to maintain and increase collaboration in matters of higher education and science.

The minister conveyed the official invitation to the 2022 University Congress, convened by Cuba, to which Kosachev replied with the commitment to organize a delegation of Russian university authorities to participate in the great event.