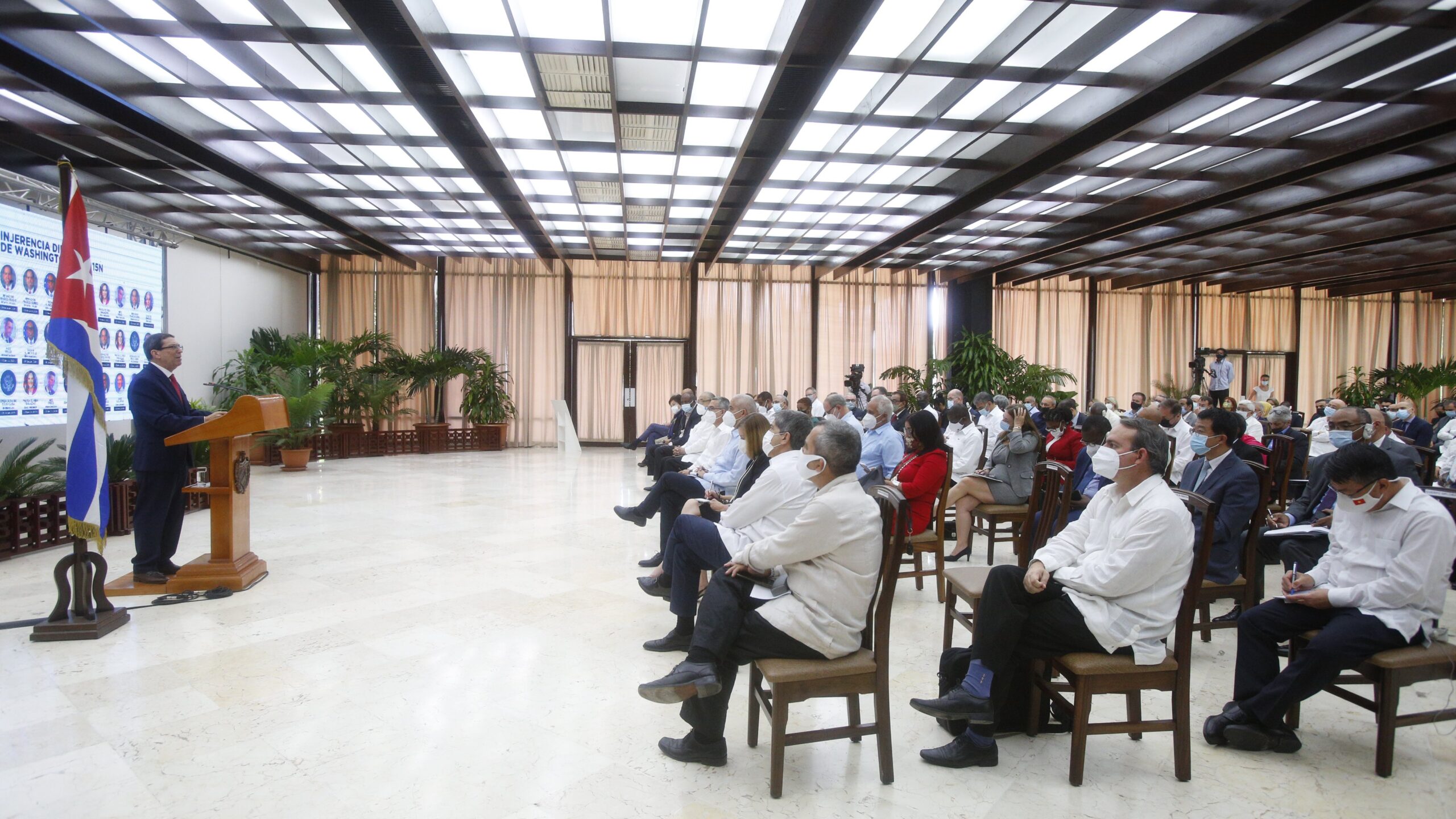 Havana, Nov 10 (Prensa Latina) Cuban Foreign Minister Bruno Rodríguez denied that the United States Government had offered humanitarian aid to Cuba in the face of Covid-19, even during hardest times due to the lack of oxygen.

The government official emphasized that no food or medicine has reached Cuba from Washington whatsoever.

“Obstacles have rather been put in place against efforts to get collections and efforts by solidarity groups, Cubans and US civil society organizations, which have sent humanitarian aid having an immense moral value for our people”, he said.

Rodríguez commented that last Friday, the State Department, in the context of the reopening of the country and when the vaccination campaign has practically concluded, has offered an alleged donation with many requirements.

“The United States proposed the shipment of one million doses of one of their vaccines with the obligation to carry out clinical studies in the country,” he said.

Among requirements are also the legal responsibility of compensation for side effects, clinical studies on compatibility with the Cuban vaccines and the monitoring by US agencies of the immunization.

“This offer, if it were serious, our country would acknowledge it and would appreciate it as an act in the right direction,” he stressed.

According to the foreign minister, Cuba replied with a respectful explanation of reasons why these doses would not really contribute to improving the health of the population.

“We have rather proposed that they use that donation and even another from Cuba to immunize a highly-in-need third country, even with the participation of health personnel from both countries”, he added.

Rodríguez emphasized that the Cuban vaccines have been recognized by the country’s regulatory entity and highlighted their ability to control the impact of Covid-19, despite the hostile policy of the United States.

The minister rejected the imposition of new requirements on Cuban citizens who wish to travel to the US, including being immunized with vaccines recognized by the US or WHO.

In addition, the minister denounced the continuation of unilateral measures against family reunification and the granting of visas, in violation of agreements between both countries.