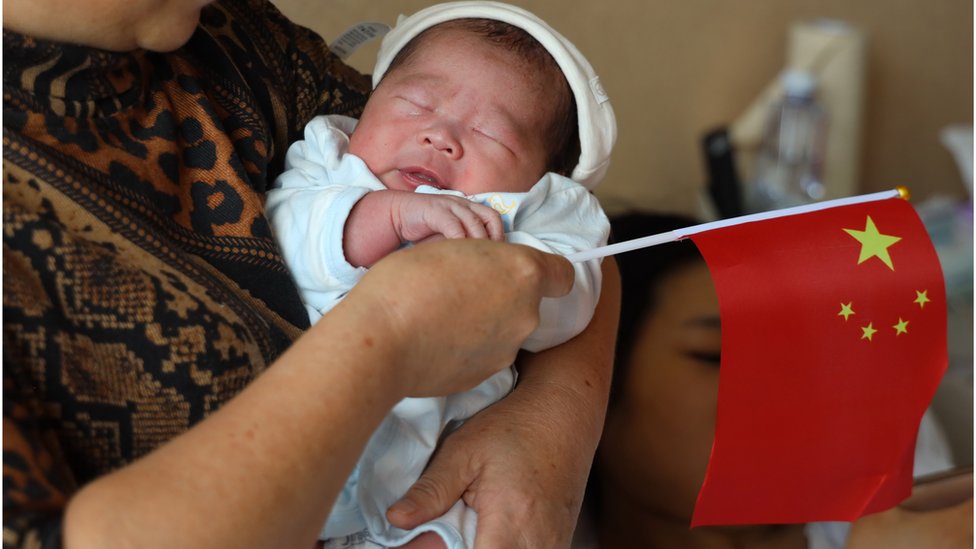 According to the Global Times newspaper, the nation recorded the birth of 8.52 babies per 1,000 inhabitants and the level of natural population growth was 1.45 per 1,000 people, which was also the worst number since 1978.

These data, the newspaper noted, are contained in the yearbook of statistics that China compiled during the past year.

Demographers attributed the low numbers to a decline in the number of women of childbearing age and the impact of the Covid-19 pandemic.

A continued decline in marriages since the beginning of 2021 was also reported.

The seventh population census revealed last May that China is still the most populous nation on the planet with 1,411.78 million inhabitants, but the expansion in the last decade was slow and the demographic decline could begin in 2022.

This study also recorded the arrival of only 12 million babies in 2020, that is, a fall for the fourth consecutive year; as well as the increase to 264.02 million individuals over 60 years of age, who now represent 18.7 percent of the population.

It corroborated the predictions about the decreasing trend in the rate of newborns in comparison to 2019, when 14.65 millions were born.

After learning these results, the government immediately relaxed its family planning policy and now allows couples to have up to a third offspring.

China to deliver 7.5 million dollars in aid to Afghanistan

China to deliver 7.5 million dollars in aid to Afghanistan