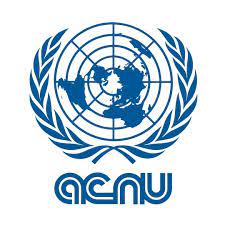 On the International Day of Solidarity with the Palestinian People, ACNU released a statement rejecting Israeli occupation and actions perpetrated on a daily basis under the indifferent gaze of an important group of nations, which is an “open violation of human rights.”

The association denounced the constant illegal usurpation of territories from that country through the establishment of settlements, the selective assassination of political leaders, as well as forced displacements and the refusal to allow Palestinian families to return to their homes, the text said.

“Such decision clearly shows the policy of intimidation, defamation and censorship applied by Israeli authorities to human rights defenders, thus undermining their invaluable work and concealing their crimes against these people,” the document added.

In this regard, ACNU expressed concern about the future peaceful coexistence of two sovereign and independent states, in the face of an occupation that caused the elimination of the borders established since 1967.

“It is imperative to end the flagrant abuse of the purposes and principles reflected in the United Nations Charter, international law and relevant UN resolutions”.

The organization demanded the end to the criminalization of legitimate and peaceful efforts to help Palestinians, including children and women, and called for respect for their rights, including those of refugees and prisoners.

The message also expressed solidarity with all organizations supporting the Palestinian people to achieve a just and lasting solution to the conflict with Israel.

In addition, it stands for the right of Palestinians to self-determination and to have a state with international recognition, independent and at peace.