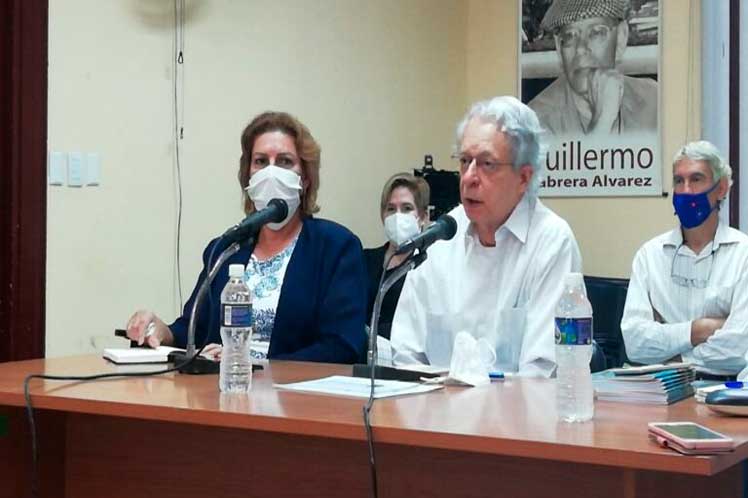 During the presentation of the Government’s popular program, Elizabeth Turruellas, director of Agriculture, noted that more than 300 specialists from several areas, ministries and political and mass organizations were involved in the design of the proposal.

“It is a multisectoral, multilevel plan and commitment to work in municipalities for the consolidation of sovereign and sustainable local food systems,” she stressed at a meeting with the press at the Jose Marti International Institute of Journalism.

Turruellas explained that the SAN is in an implementation phase, and its activities include the holding of workshops on stimulating popular education and nutrition, amid the complexities of the impact of the Covid-19 pandemic.

However, she mentioned Cuba’s potentialities, including the different types of soils and the possibility of producing all the seeds, as well as the measures taken in recent years directly linked to the plan.

Brazilian journalist and writer Frei Betto, SAN adviser in Cuba, insisted on the need to replace the two billion dollars that the country invests a year in importing food to improve the quality of life of its inhabitants and the development of the sector.

In this sense, a fundamental factor for the success of the program will be the involvement of all citizens, organizations, cooperatives, farmers…, as well as overcoming food prejudices and promoting nutritional education in families, he said.

Betto alluded to nearly 900 million people in the world who are chronically hungry, but the fundamental problem “is not the lack of food, but of justice.”

In Cuba’s case, despite the economic, commercial and financial blockade imposed by the United States and climatic problems with an impact on agriculture, “there is a government that deals with solving the problems,” he said.

Representatives from the European Union in Cuba and journalist Ariel Terrero, director of the Jose Marti International Institute, participated in the presentation of the SAN booklet.