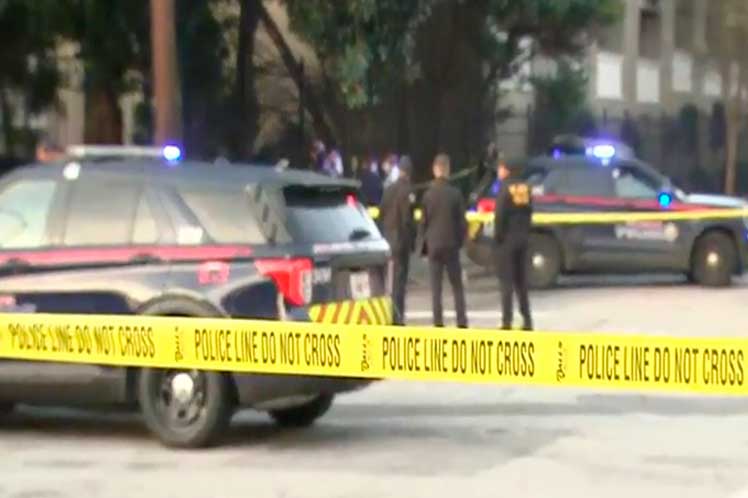 The sources said a police officer and two women died, while a 12-year-old boy was among the wounded.

One suspect was shot to death during an exchange of gunfire with law enforcement officers responding to a domestic violence call, according to police.

It specified that the officers who went to the scene were shot from an “unknown location” while trying to assist the child and one of the women.

Clayton County Police Department Chief Kevin Roberts told a late-night news conference that the child, although injured, helped officers find the house where the suspect was found armed with a handgun.

Police said in a statement that the suspect was shot and killed after exchanging gunfire with police officers, while assuring that the incident is being investigated.

This violent incident followed one in March when a man opened fire in three massage parlors in the area, killing eight people.

According to the National Coalition Against Domestic Violence, more than 10 million adults suffer domestic violence each year in the country. One in four women and one in 10 men face sexual, physical or stalking violence from an intimate partner in their lifetime, the group says.

A 2019 report from the Violence Policy Center specified that Georgia ranked 10th in the nation for its rate of men killing women, and domestic violence-related deaths in the state totaled 166 in 2019, 18 more than the previous year, according to data from the southeastern state’s Family Violence Commission.