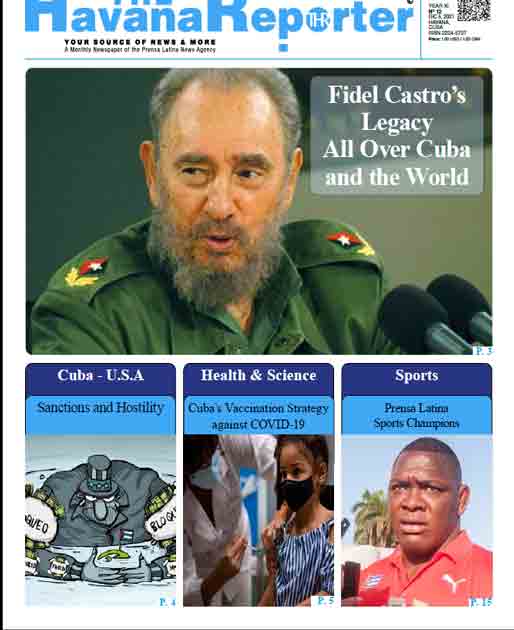 The last number of the The Havana Reporter year 2021 includes the homage paid to the historic leader of the Cuban Revolution on his fifth anniversary of death, the efforts made in the country to recover the economy in the middle of difficult conditions, the progress of the vaccination process with booster doses and the constant use of the media in the U.S. nonconventional war against the island, among other topics of national interest. The elections in various Latin American countries, the results of the Conference on Climate Change (COP26) held in the United Kingdom and the inauguration of a biotechnological complex at the Mariel Special Development Zone are featured as well, together with pieces about culture, tourism and sports, with emphasis on the 57th Prensa Latina Sports Poll. At the end of this difficult year, the THR staff wishes a very happy 2022 year to all its readers.
Share on facebook
Share on twitter
Share on whatsapp
Share on telegram
Share on email