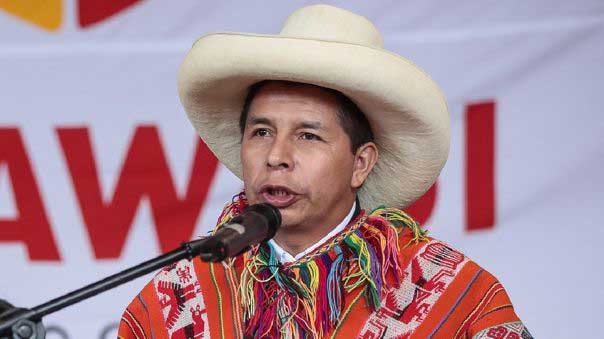 The reports agree that from tomorrow and for three days, Rafael Rey, former director of the Central Bank and member of the Catholic sect Opus Dei, will fulfill this mission; the mining businessman José Visquerra and the former foreign minister and businesswoman Cayetana Aljovín, who categorically denied it.

According to the newspaper La República, the Inter-American Institute for Democracy (IID), an extreme right-wing body based in the city of Miami, would have sponsored the visit and arranged visits by Peruvian visitors to North American politicians.

The publication pointed out that the IID sent communications stating that the visitors are opponents of Castillo and maintains that the president is linked to the almost extinct armed group Sendero Luminoso.

He cited US legislative sources to specify that the message calls for members of the House of Representatives and the Senate Foreign Relations committee to receive envoys from the extreme right of Peru.

He added that the visitors want to talk about the election of Castillo and “its implications of him for regional security and the interests of the United States.”

The IID hosts on its website politicians of that tendency from Latin American countries, such as the Bolivian Carlos Berzaín, who was Minister of the Interior and Defense of former governor Gonzalo Sánchez de Lozada and how he is claimed by the justice of his country for crimes against them humanity.

The same organization recently held a forum on the first 100 days of the Castillo government, with the participation of Rey and other extreme right opponents of the president and in which Rey said that “The only solution in Peru is to empty the government and go to a presidential election “.

The international analyst Óscar Vidarte said that the emissaries seek external legitimacy for any action they might take against the Government, that is, that “they are playing the international cards within the vacancy debate.”