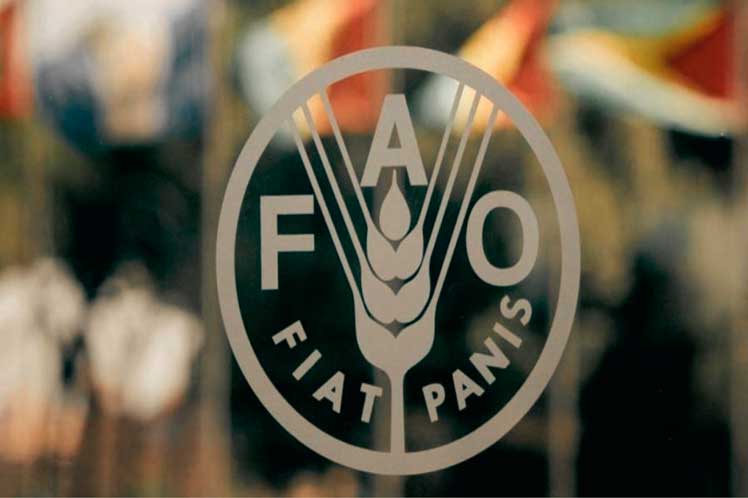 Rome, Dec 9 (Prensa Latina) The Food and Agriculture Organization of the United Nations (FAO) on Thursday launched a landmark report highlighting the worsening state of the earth’s soil, land and water resources and the challenges it poses for feeding a global population expected to near ten billion by 2050.
Share on facebook
Share on twitter
Share on whatsapp
Share on telegram
Share on email

“The pressures on soil, land and water ecosystems are now intense, and many are stressed to a critical point,” FAO Director-General QU Dongyu wrote in the foreword to the synthesis report, entitled the State of the World´s Land and Water Resources for Food and Agriculture – Systems at breaking points (SOLAW 2021). “Against this background, it is clear our future food security will depend on safeguarding our land, soil and water resources.”

The report says if we keep to the current trajectory, producing the additional 50% more food needed could mean water withdrawals for agriculture increasing by up to 35%. That could create environmental disasters, increase competition for resources, and fuel new social challenges and conflicts.

Among other aspects, it stands out that human-induced soil degradation affects 34% (1,660 billion hectares) of agricultural lands. Over 95% of our food is produced on land, but there is little room for expanding the area of productive land. Urban areas occupy less than 0.5% of the Earth’s land surface, but the rapid growth of cities has significantly impacted land and water resources, polluting and encroaching on prime agricultural land that’s crucial for productivity and food security.

With limited arable land and freshwater resources, a rapid scaling-up of technology and innovation is vital. We must strengthen the digital architecture needed to provide basic data, information and science-based solutions for agriculture that make full use of digital technologies and are climate-proofing.

Land and water governance must be more inclusive and adaptive, to benefit millions of smallholder farmers, women, youth and indigenous peoples. They are the most vulnerable to climatic and other socio-economic risks and face the greatest food insecurity.

Sustainable soils, land and water are the foundations for resilient agrifood systems. So the sustainable use of these resources is key to achieving climate mitigation and adaptation targets.