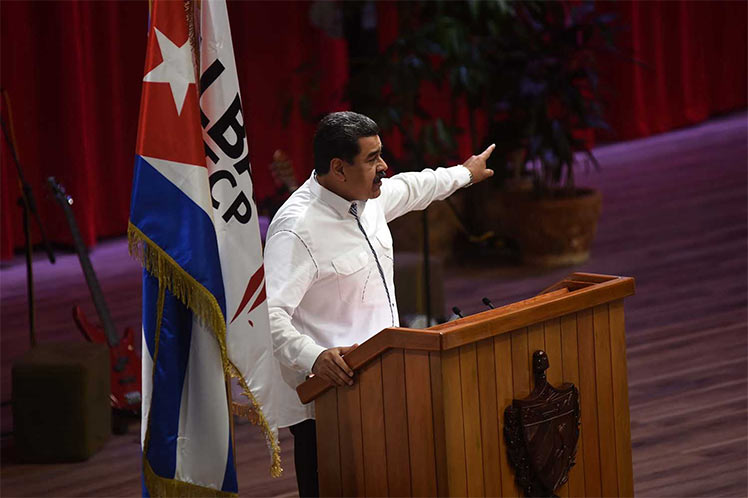 Nicolás Maduro gave a speech during a cultural-political event at the closing ceremony of the 20th Summit of the Bolivarian Alternative for the Peoples of Our America-Peoples’ Trade Agreement (ALBA-TCP).

Maduro assured that the founding of the Alliance 17 years ago is an act of firmness by leaders Fidel Castro and Hugo Chávez ahead of domination forms regional peoples have been subjected to.

“ALBA-TCP has shown a great capacity for innovation and creation, to face up different situations and generate and impact regional peoples´ lives with actions,” he added.

“Only together the dream of development, stability, true and growing well-being of our peoples will be possible,” he said.

Maduro also urged for the integration of all cultural, financial, political, banking dimensions to work together as part of ALBA-TCP.

“It has been talked about post-pandemic world as a factor determining the emergence of a new era in humanity, the role of social networks with dominant media, also about the great economic changes that mark a new reality, but I do believe that ALBA-TCP is ready to face up all these challenges,” Maduro added.

ALBA-TCP has the political strength, knowledge and experience to manage the needs of the region ahead of imperialist plans.

The 20th ALBA-TCP Summit concluded on Tuesday adopting political agreements and an action plan that endorses its independent course, for integration and against the US interference.