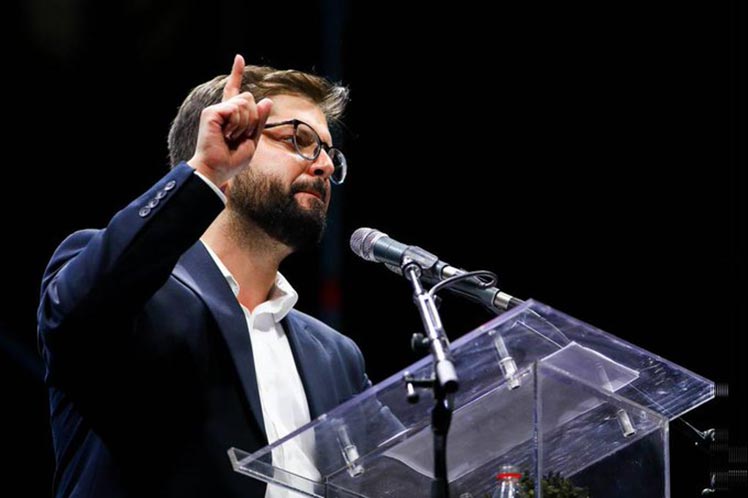 “I’ll be the President of all Chileans, of those who voted for this project and also of those who chose other political alternatives or did not come out to vote,” said Boric, 35, late last night at a huge rally in Santiago’s downtown that happily celebrated the triumph of the left-wing coalition Apruebo Dignidad, in Spanish I support Dignity.

The youngest President ever elected in Chile won with 55.86% of the votes, 11,6 points over his far right opponent Jose Antonio Kast, from the Social Christian Front.

“The time to come will not be easy, we must stand up to the consequences of the Covid-19 and also do away with causes that led to the social outburst of 2019 that are still there,” he further said.

Boric pledged to defend the constituent process, a source of pride because it is the first time a Constitution is being written in a democratic way, including the participation of native peoples.

In his speech, he referred to his government’s priority tasks and mentioned among them reforming the current pension system to grant decent retirement pensions to retirees, achieving a universal health care system that does not discriminate between rich and poor, and a better distribution of wealth.

Massive demonstrations were taking place beyond midnight in Chile’s capital and other cities to celebrate the victory of the candidate of the leftist coalition Apruebo Dignidad.

Boric was elected with the highest voting percentage since voluntary suffrage was installed in 2012.

Most of Chileans have a very positive image of their president

Most of Chileans have a very positive image of their president