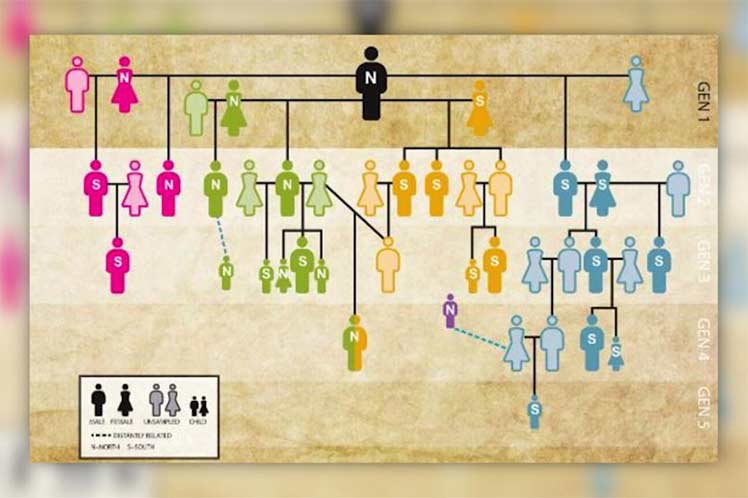 The authors evaluated bones unearthed in the 1980s west of England in the Cotswold Hills, near the twin cities of Cheltenham and Gloucester, from a nearly 6,000-year-old grave with 35 people, a five-generation lineage descended from a man and four women.

There were polygamous marriages in the upper echelons of Neolithic society at that time, it was unlikely that the ancestral individual had four wives one after the other, they confirmed and; instead, he probably had more than one at the same time, they noted.

One of the main people involved, Iñigo Olalde, population geneticist at the University of the Basque Country in Bilbao, Spain, described the genealogical tree as important, as it is the first of its size to be obtained from prehistory.

It was quite surprising, but a lot of fun, to find this entire family, of which the analysis pinpointed the interrelationships of only 27 of the 35 bodies, including two girls.

“Probably in the next few months or a year, we will get many more results of this type,” he stressed, saying that new techniques will quickly be applied to other collections of ancient human DNA.

The grave found was in a farmer’s field where hundreds of years of plowing threatened to destroy it completely, so archaeologists carried out the excavation to preserve what was left, Olalde said.