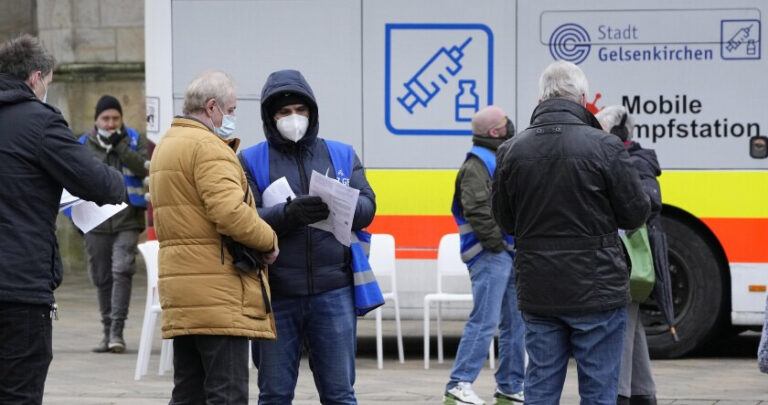 According to its latest report, the RKI indicated that cumulative incidence has already reached 222.7 new infections per 100,000 inhabitants in just seven days through past Sunday, a figure higher than the 220.3 cases reported on Saturday and 215 on Friday.

Given such a situation, Germany´s Health Minister Karl Lauterbach expressed his deep concern about the fifth omicron variant wave and stressed how significant is to get vaccinated to fight the spread of the pandemic.

Lauterbach, affirmed that the first dose of the vaccine against Covid-19 drastically reduces the risk of dying as a result of infection by SARS-Cov-2, and called for all eligible people to be immunized with the drug. they remain to be done in this country.

However, as many as 21.5 million people (25.8% of its population) remain to get vaccinated.

In statements to local press, Mr. Lauterbach strongly recommended all Germans to wear face masks which, he said, are even more effective to fight omicron variant “because the viral burden of those infected is lower with this new variant than with other ones.”

RKI pointed out in its latest weekly report past Thursday that from Dec. 20 to 26 the new omicron variant already accounted for 17.5% of infections in the country, yet Delta variant continued to surge, reporting 82.3%.