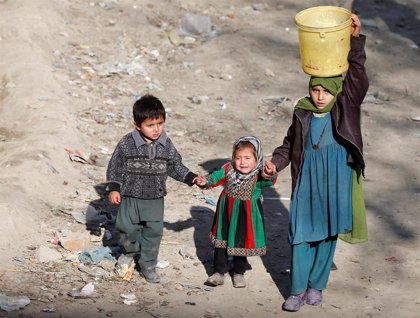 The Taliban took control in Afghanistan after President Ashraf Ghani left the country, whose army of 300,000 men – trained and equipped by the United States – crumbled before the fast-moving radical Islamic fundamentalists.

The White House splurged $2.26 trillion in the Afghan war, according to the University of Brown, and after 20 years of military occupation – under the pretext of fighting terrorism – it left thousands of civilians dead and a country more impoverished.

Afghanistan, Yemen, Syria and northern Ethiopia are the places where children have paid a devastating price as armed conflict, inter-communal violence and insecurity continued, UNICEF said.

“Year after year, parties to conflict continue to demonstrate a dreadful disregard for the rights and well-being of children,” said UNICEF Executive Director Henrietta Fore. ¨Children are suffering, and children are dying because of this callousness. Every effort should be made to keep these children safe from harm.¨

According to the statement, the UN has verified 266,000 cases of grave violations against children in more than 30 conflict situations across Africa, Asia, the Middle East and Latin America over the past 16 years. The statement says these are only the cases verified by UN-led monitoring and reporting mechanisms, meaning that the true figures may be far higher.

UNICEF warns of collapse of hydric infrastructure in Lebanon

UNICEF warns of collapse of hydric infrastructure in Lebanon