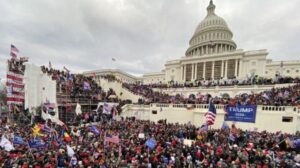 “We’re moving as quickly as I think any congressional committee has been,” said Rep. Adam B. Schiff (D-Burbank), who led the 2020 impeachment trial of former President Donald Trump.

But the panel still faces a litany of lawsuits filed by Trump and his allies to block or slow down the House select Committee’s subpoenas and requests for documents, Mr. Schiff added.

“I think some really important witnesses are trying to deprive the House select committee and the US people of what they know,” warned Mr. Schiff, while insisting that there are still pivotal testimony and too significant documents “that we have not obtained.”

Testimonies include from White House officials close to Donald Trump to those people deeply involved in the January 6 riot.

According to The New York Times, the House committee panel classified more than 35,000 files and in its first three months, from July to September, it spent about $418,000.

They forecast that the probe will soon enter a new phase with the holding of a series of public hearings, and a final report will be released, “obviously before the (midterm) elections in November,” said Committee Chairman Bennie Thompson (D-Miss).

The panel scrutinizes any plans Donald Trump has made with members of Congress to try to overturn the 2020 election and his campaign of pressure on local, state and Justice Department officials to stay in power.

Plus, the panel searches for possible links with domestic violent extremist groups and movements, such as QAnon, Stop the Steal, Oath Keepers and the Proud Boys.