Omicron might be less dangerous, but it´s twisting U.S. in knots 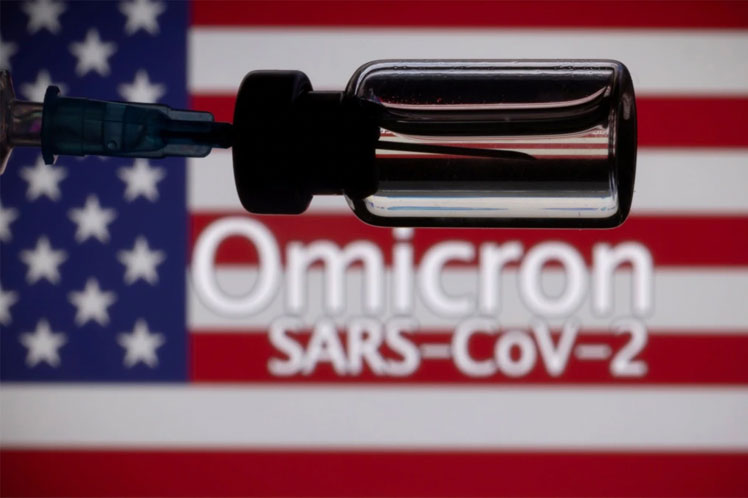 Omicron might be less dangerous, but it´s twisting U.S. in knots

According to local media reports, the country is being buried under an avalanche of new infections, but after two exhausting, demoralizing years, the impetus among millions of people to try to find a way to live more normally alongside the disease has never been stronger. Striking the right balance is complicated since the pandemic has reached its most paradoxical phase yet.

As an example, national hospitalizations hit 100,000 on Monday for the first time in four months and most experts expect them to go higher. Overloading the system could also severely diminish the quality of care for people with other ailments, especially chronic conditions like heart attacks or strokes, the CNN reported.

The New York Times, on the other hand, pointed out that the new wave of omicron is currently threatening to turn any sense of peace in the country´s educational system upside down. After New Year´s Eve celebrations in which Covid-19 cases skyrocketed nationwide, a small but growing list of districts including Newark, Atlanta, Milwaukee and Cleveland temporarily forced over 450,000 children to go to distance learning. The CNN also argued that most US people hospitalized and dying from Omicron (and Delta still present in some districts) are the ones who rejected to get vaccinated ahead of an outpouring of misinformation fueled by many Republican politicians.

But the best way to stay protected from serious illness, hospitalization or death is to get vaccinated and receive a booster, regardless of whether omicron variant is less dangerous or not, experts warned.

Many of the 820,000 US people who died from the disease could be alive if some GOPers, including former President Donald Trump, had not made public health a victim of their political ambitions, ignored the science and pressed for premature economic openings in 2020.

The United States, which reports a maximum average of Covid-19 cases of more than 480,000 new positives per day, continues to lead the countries with the worst statistics of the pandemic globally.