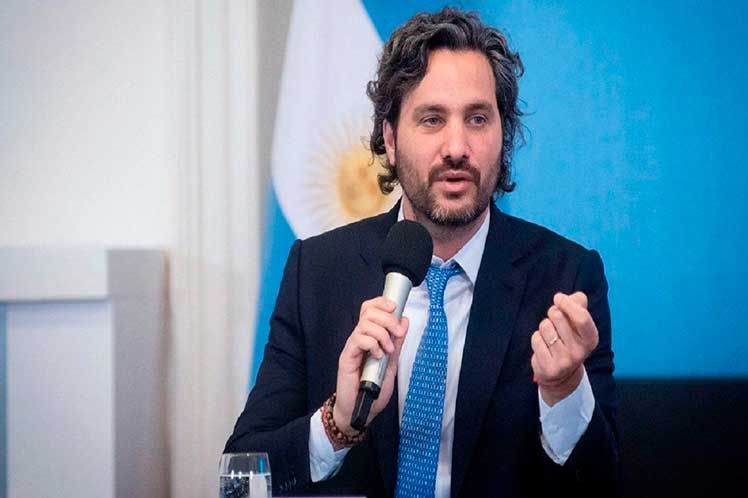 In an article published by the Télam news agency, the head of the Argentine diplomacy highlighted that Celac, of which 32 countries are members, “emerged from the very entrails of the Latin American and Caribbean peoples as a response to the need to unite without exclusions”.

The value of Celac, the minister said, “is that we have put aside clichés. Please, let it be well understood: it was not born to compete with anything or anyone”.

In his letter, Cafiero stressed that when in 2013 the presidents of Latin America and the Caribbean met in Santiago de Chile for the first summit, held at the highest level, they consummated an unprecedented event: it was the first time they did it.

The minister emphasized that there was Celac “because before it, integration bodies as diverse as the Andean Pact, Mercosur, the Caribbean Community or the Latin American Integration Association were created. Because we were able to become a region without wars”.

Likewise, the foreign minister stated that concepts such as dialogue or cooperation do not simply refer to the nature of this regional mechanism, which is a forum and not a bloc or a common market, and that is why it works through consensus.

In a fragmented world, dialogue is an essential tool for generating new ideas and gaining negotiating capacity. Also, naturally, to build bridges to extra-regional countries or forums, he added.

Celac foreign ministers summit to be held in Argentina

Celac foreign ministers summit to be held in Argentina