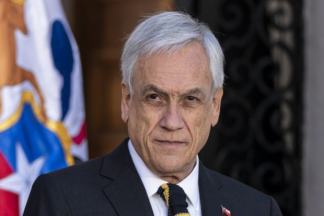 The president ruled out supporting such a project, regardless of eventual modifications, and described pardoning or amnestying these people who confronted the carabineros as a “bad sign”.

For his part, the Undersecretary of the Interior, Juan Francisco Galli, also questioned the possibility of an amnesty for those arrested and convicted of crimes linked to the 2019 demonstrations opposed to the neoliberal model supported by Piñera.

These protests turned out to be the largest in Chile since the end of the dictatorship of Augusto Pinochet (1973-1990) and demanded a profound change in the country and in the Constitution.

The positions of rejection of the president and Galli respond to the indication that the senator of the Christian Democracy, Francisco Huenchumilla, presented regarding the project that is being discussed in Congress to benefit the so-called “prisoners of the revolt” for humanitarian reasons, reported newspaper La Tercera.

An indication was presented in the Senate to change the pardon bill to one of amnesty. According to the National Institute of Human Rights, there are currently 3,072 complaints against the security forces and 136 formalized agents.

The constitutional process in which Chile is immersed was conceived in the protests that began in 2019 and the plebiscite held on October 25, 2020 to change the current Constitution -inherited from the dictatorship- was the institutional solution used to calm the crisis.

At the end of last year, the campaign leadership announced that the president-elect of Chile, Gabriel Boric, will withdraw complaints under the State security law against the prisoners of the aforementioned demonstrations.

The incoming government announced they seek to “analyze how a country can be healed, both for those people who suffered destruction in the social outbreak and others deprived of liberty who are unjustly so.”

The release of the political prisoners of these events was one of the central issues of Boric’s election campaign.