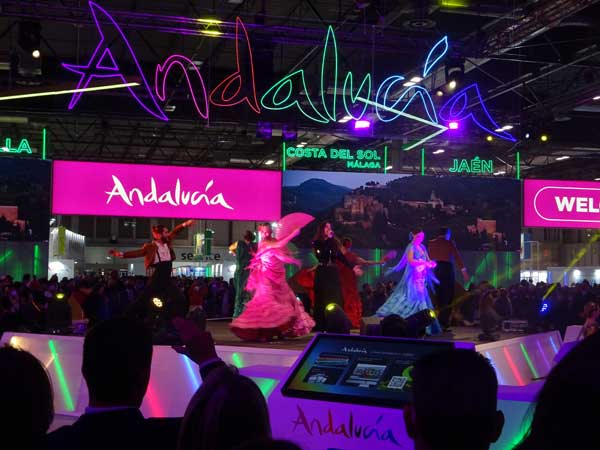 The Dominican Republic stands as the great protagonist of the 42nd International Tourism Fair (Fitur) and in this sense the leadership of its president, Luis Abinader, confirms the priority of a nation that currently exceeds 90 percent hotel occupancy, according to sources. officers.

Abinader had a lunch this Wednesday with his Majesty, King Felipe VI, at the Palacio de la Zarzuela, shortly after both toured the pavilions of IFEMA-Madrid, where the appointment with the industry without chimneys takes place.

The Dominican president, who will also meet with the President, Pedro Sánchez, at the Moncloa Palace, exchanged views on the state of bilateral ties with the sovereign.

The Dominican visibility in the Spanish capital became more evident on Monday with the display of the colors of its flag at the Wanda Metropolitano stadium, the usual home of the current LaLiga champion, Atlético de Madrid.

This Tuesday, Abinader highlighted in the II Exceltur Leadership Forum, his inclination towards agreements and consensus between the public and private sectors to relaunch sustainable tourism development.

The Dominican head of state considered the industry without chimneys as essential for the economic and social development of his country.

The Dominican Republic is the partner-guest country at Fitur and its image has also been consolidated with a mural in the Santo Domingo metro station, which will remain for two years, and with allegories of its territory in the fountain in Plaza Cibeles Thursday and Friday.

Cuba, Argentina, Mexico, Chile, Colombia, Guatemala and Honduras exhibited part of their products on the initial date of the exhibition that will last until next Sunday.

Cuba presented today its tourism portfolio with broad growth projections towards 2030, during a meeting with Spanish businessmen about the Fitur 2022 exhibition.

The Cuban Minister of Tourism, Juan Carlos García Granda, detailed the strengths of the sphere on the Caribbean island, among which he highlighted the success of the vaccination campaign with three of its own serums that have demonstrated their effectiveness. Topics that he addressed before businessmen and in a conference with his counterparts from Latin America.

He referred to some goals by 2030, such as raising hotel capacity to 95,000 rooms and exceeding six million visitors.

Chile, which has already shown signs of momentum in the sector with a meteoric rise that allowed it to close 2018 with more than six million foreign visitors, is looking for a way to recover by controlling the pandemic and renewing its emblematic products. such as Patagonia, numerous ski resorts, the Atacama desert and wine tourism.