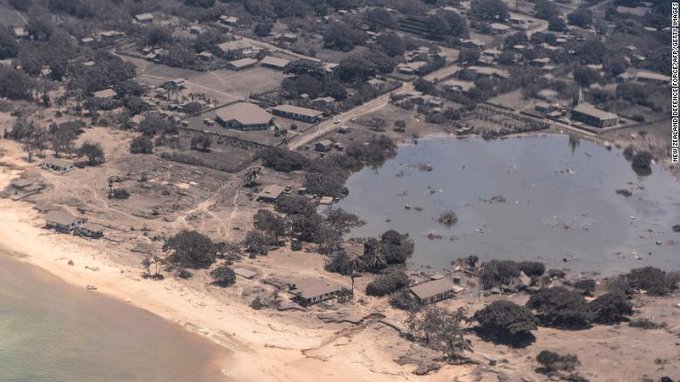 The kingdom of Tonga is a small country in Oceania integrated within Polynesia; it is located to the east of Fiji, to the south of Samoa and to the north of New Zealand and is constituted by a parliamentary monarchy.

This island nation, formerly known as Friendship Islands, consists of 172 islands of which only 36 are inhabited.

Due to its tropical climate, tourism plays an important role in the economy and is one of its main sources of foreign exchange earnings.

Cultural and nature tourism is mostly promoted and the recreational activities for foreigners are sport fishing, diving, surfing and camping.

Due to its geographical location within the basin of the Pacific Circle of Fire, a volcanic ring that surrounds said ocean at three points, earthquakes and tsunamis are frequent in its territory.

In the World Risk Report 2021 of the non-government organization Alliance for Development Aid, the archipelago ranks third among the countries with the highest risk of an extreme natural catastrophe.

On January 15, the Hunga Tonga-Hunga Ha’apai submarine volcano erupted, causing a large explosion followed by a tidal wave that devastated much of the area.

At least three people died and the number of injured is still not specified, according to an official statement.

The Red Cross estimates that some 80,000 people, out of the 105,000 inhabitants of the country, were affected by this natural catastrophe, and experts do not rule out other incidents of volcanic activity.