Argentina for greater integration with China 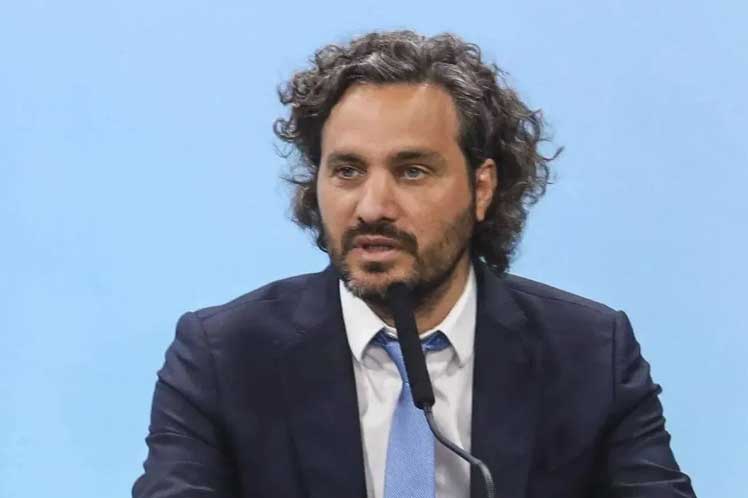 Argentina for greater integration with China

Participating in the meeting, the head of diplomacy of this southern nation recalled the upcoming commemoration of 50 years of diplomatic relations between Argentina and China, which, he said, invites us to take “a leap in quality and maturity in the form of relationship, with projects that make it possible to improve the living conditions of both peoples”.

Cafiero advocated giving greater impetus to territorial integration, logistics and sustainable mobility within regional economies, with the aim of accelerating the process of diversified energy transition, with an emphasis on renewable sources and low-carbon technologies.

The meeting, which took place on the eve of President Alberto Fernández’s next visit to China on February 4, has the objective of planning, guiding and following up on relevant issues on the bilateral economic agenda, especially related to the financing of infrastructure priority projects.

Several Argentine officials participated in the meeting virtually and on the other hand Chinese vice president of the National Development and Reform Commission, Ning Jizhe, who was accompanied by officials from the Ministry of Foreign Affairs, the National Energy Administration and the embassies of the two countries.

Among the topics discussed were the macroeconomic policies of both countries and future prospects, as well as investment, in the Argentine case focused on opportunities in productive projects, with the aim of increasing the exportable supply from Argentina to China and diversifying it by adding value and technology.

In addition, the prospects of advancing in joint collaboration and financing to carry out other works that give priority to the growth and productive development of Argentina, in the framework of post-pandemic reconstruction, were evaluated.