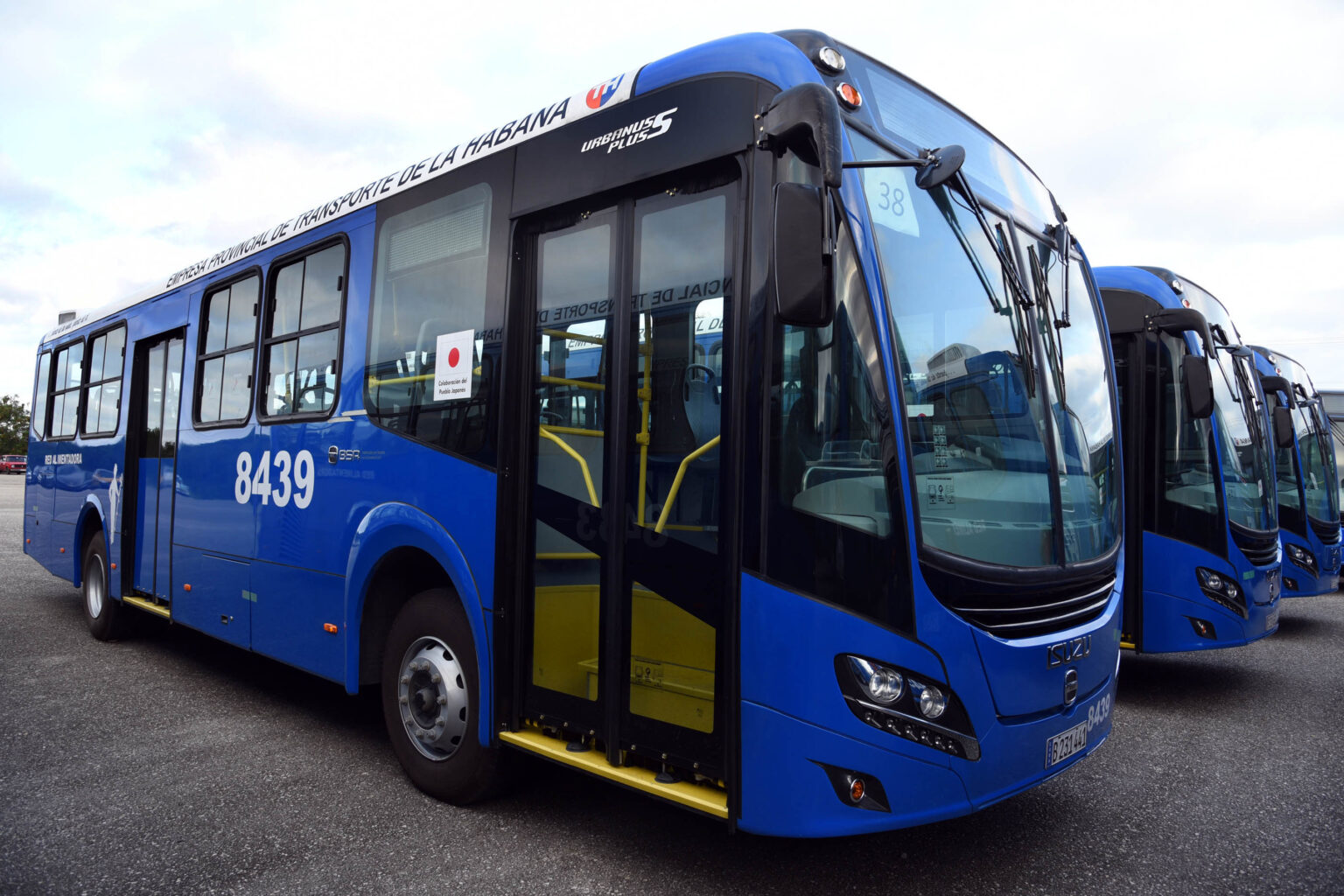 The diplomat handed over to Havana authorities the buses that arrived in the country on January 13 in order to improve public transportation and as an expression of cooperation between the two nations, promoted since 2016 on the occasion of Japanese Prime Minister Shinzo Abe’s visit to Cuba.

Kenji recalled that since then, mutual collaboration has been expanded, assistance for development and the restructuring of Cuba’s debt with Japan were implemented, as well as policies under which three projects have been executed for a value of nearly 10 million dollars each.

He noted that the first of these was sending 100 garbage collection trucks, the second consisted of the donation of several specialized vehicles and equipment for urban hygienic maintenance, which today contribute with satisfaction to the collective cleaning of Havana.

The third, he pointed out, is the delivery of these 84 Isuzu high-quality buses, which will surely be very well received by drivers and passengers given their reliability and comfort, for which he suggested carrying out the appropriate maintenance so that they can provide an optimal service.

These and other donations are a symbol of the friendship that the Japanese people feel for the Cuban people, the diplomat said.

In his words of gratitude, Havana Governor Reinaldo Garcia stressed that this solidarity gesture is part of the Non-Reimbursable Financial Aid, which is very transcendental for the revival of urban public transportation that will benefit 400,000 inhabitants.

It is a contribution at a time when the intensification of the economic, commercial and financial blockade by the United States prevents the acquisition of new buses, parts and pieces for the sustainability of this important service to the population, he stated.

Garcia noted that gestures like these favor the well-being of people and ratify that Cubans “chose the correct path of dignity and sovereignty.”