Tribute in Venezuela to Jose Marti on his 169 birth anniversary 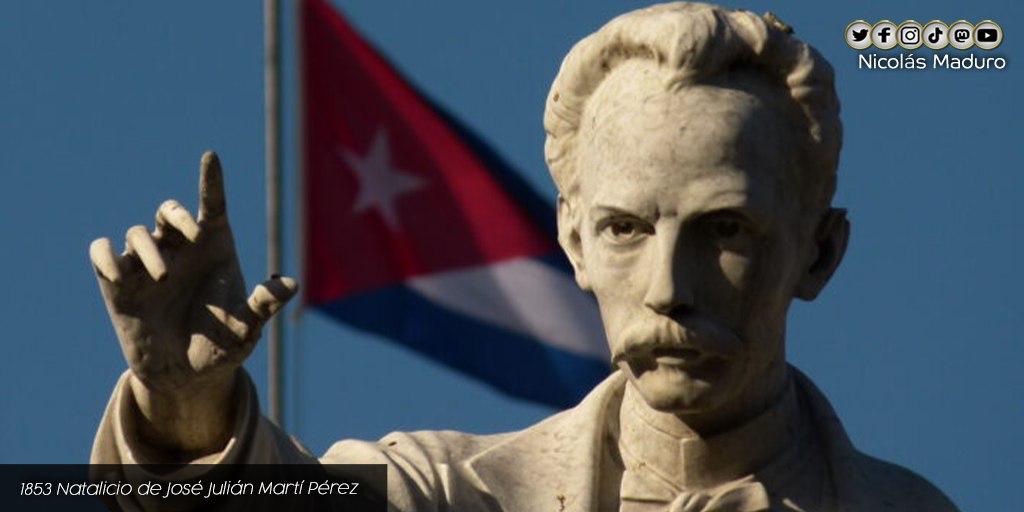 Tribute in Venezuela to Jose Marti on his 169 birth anniversary

Caracas, Jan 28 (Prensa Latina) Political and government authorities, the Municipal Council of Caracas and representatives of the Cuban Embassy in Venezuela paid tribute today to the National Hero of the island, José Martí, on the 169th anniversary of his birth.

The President of Venezuela, Nicolás Maduro, highlighted the validity of the independence and Latin American ideology of the Cuban hero. “It is the 169th anniversary of the birth of José Julián Martí Pérez, one of the greatest heroes of our America, a man with a tireless spirit, clear ideas and libertarian thought, who fought for independence and a united America”.

The rector of the Bolivarian University of Venezuela, Sandra Oblitas, affirmed that to speak of Martí is to remember a past of tireless struggle for justice and freedom, it is to remember a legacy that remains fully valid.

Oblitas also emphasized the confluence of the ideas of Simón Bolívar and José Martí, referents of two missions with a Latin American and Caribbean vision, to achieve the great purpose of world peace, independence and integration.

In turn, Cuban ambassador to Venezuela, Dagoberto Rodríguez, affirmed that the commemorative day in greeting to the anniversary of José Martí has become a tradition for the South American country, which is maintained and strengthened over time.

“Martí is a daily fight”, stressed the head of state. Likewise, the executive secretary of the Bolivarian Alliance for the Peoples of Our America-People’s Trade Treaty (ALBA-TCP), Sacha Llorenti, stressed the validity of Martí’s precepts in the integrationist agenda of the regional entity. ALBA-TCP is as much Martian as it is Bolivarian,” Llorenti said.

Authorities and political and social organizations of Venezuela carried out an extensive commemorative program in greeting his birth date. Among the various tributes, the Council of the Libertador municipality of Caracas conferred the status of Illustrious Son of the Venezuelan capital on the National Hero of Cuba.