Tributes to Marti and government visit make headlines in Cuba 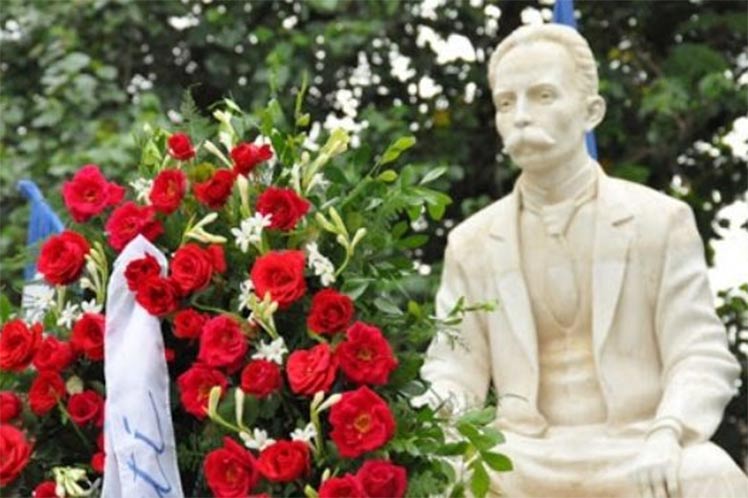 Tributes to Marti and government visit make headlines in Cuba

A world celebration to be run until January 28, 2023, on the 170th birthday of the Apostle of Cuban Independence began on Friday.

In recent days, the main event to commemorate the anniversary took place at the Jose Marti Memorial in Havana, as well as the traditional March of the Torches that takes place every year, starting at the steps of the University of Havana, to honor the hero. According to organizers, the objective of the program will be to disseminate the value and significance of Marti’s ideology in the history of Cuba as a way to understand resistance and national identity, in addition to the genesis and deeply humanist principles of the Revolution.

The Government representatives insisted on people’s participation to promote the nation’s programs, as well as the need to work from science and innovation as strategies adjusted to local realities.

The progress of the legal proceeding resulting from the July 11, 2021, riots also made headlines during the week, and according to authorities from the judicial system and relatives of the defendants, the guarantees of the detainees and the laws of the country were respected.

Local television reported that among the most recurrent crimes committed on that date were contempt of authority, assault, damages and public disorder.

The criminal investigation led to the opening of dossiers, a process that the Attorney General’s Office controlled from the beginning in order to provide and gather all the necessary evidence before they were presented to court, the source underlined.

Cuban authorities remarked that all defendants attended the trial with an attorney hired by them or a legal aid lawyer.

Defense lawyers told the TV news program that they acted without pressure, with support from the judicial system, they had access all the time to the detainee and the evidence gathered during the investigation to establish a strategy in court.

Meanwhile, relatives of some of the defendants ratified the transparency and legality of the criminal process.

The Cuban Government and experts produced evidence that the riots were the result of a plan designed by the United States to generate destabilization at a time when the country was facing a complex situation due to the Covid-19 pandemic and the tightening of the blockade imposed by Washington on Cuba.