US analysts urge to end the Remain in Mexico program 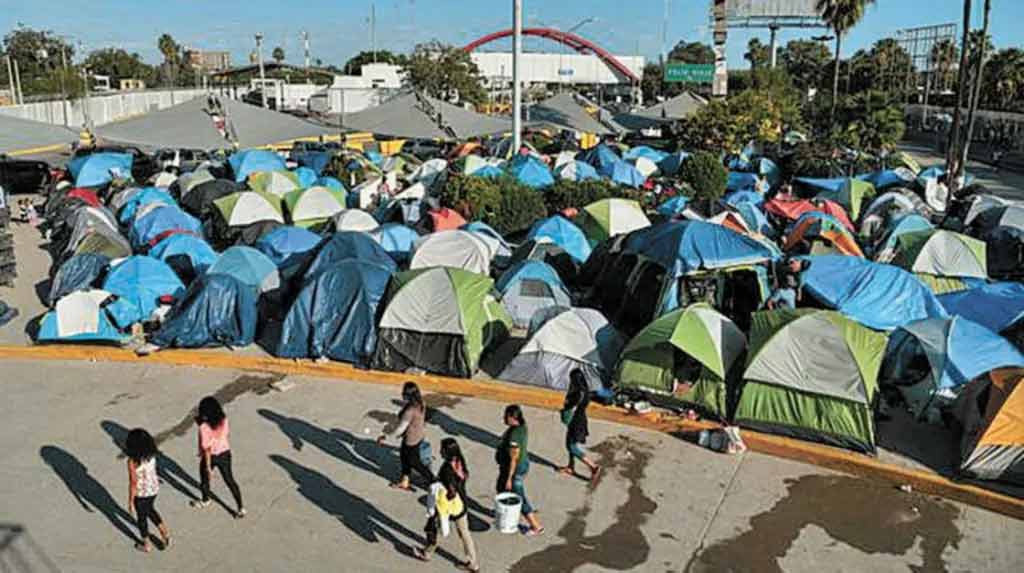 US analysts urge to end the Remain in Mexico program

In an article published on The Hill, expert Rebeca Beitsch explained that only one part of migrants subjected to the new program manage to avoid it.

December figures released by the Biden administration earlier this month shows that just 12% of migrants were able to make the case that they would face danger if sent across the border to Mexico while pursuing asylum claims in the United States.

The figures were alarming to immigration advocates, who have urged the Biden administration to abandon a policy they say releases asylum seekers into dangerous conditions in Mexico only exacerbated by the arrival of vulnerable migrants forced to wait there for months.

“It just points to how this program cannot be fixed,” said Kennji Kizuka, a researcher with Human Rights First. “They can sort of jiggle the standards, they can adjust the procedures, but at the end of the day, they just can’t make it safe, and they can’t do the screenings properly or fairly.”

The Biden administration reimplemented what is formally known as the Migrant Protection Protocols (MPP) in December, following a court order directing it to carry out the policy “in good faith” as they continue to appeal a lower court ruling.

The program still largely bars asylum seekers from entering the U.S. to wait out their case, continuing the Trump-era practice of sending them across the border to Mexico, but the memo from the Department of Homeland Security (DHS) included various reforms meant to help divert some asylum seekers from the program.

“Secretary of Homeland Security Alejandro N. Mayorkas has repeatedly stated that MPP has endemic flaws, imposed unjustifiable human costs, pulled resources and personnel away from other priority efforts, and failed to address the root causes of irregular migration,” DHS said in a statement about the latest data, noting that it is committed to “implementing MPP in the most humane way possible.”

DHS has directed border agents to affirmatively ask whether migrants have a fear of being sent to Mexico rather than wait for asylum seekers to raise the issue themselves.

And the department lowered the legal standard to bypass the program, requiring migrants only show a reasonable possibility they will face danger in Mexico, generally considered a one-in-ten chance — a lower threshold than the “more likely than not” standard used under Trump.

“Obviously, you can’t actually do the math on persecution. So this just comes down to the discretion of the officer, and there’s no appeal process here,” Kizuka said.

Early data on the program shows few asylum seekers have been able to successfully escape MPP even though 91 percent of the 267 people initially enrolled in the program in December said they feared for their safety if sent to Mexico.