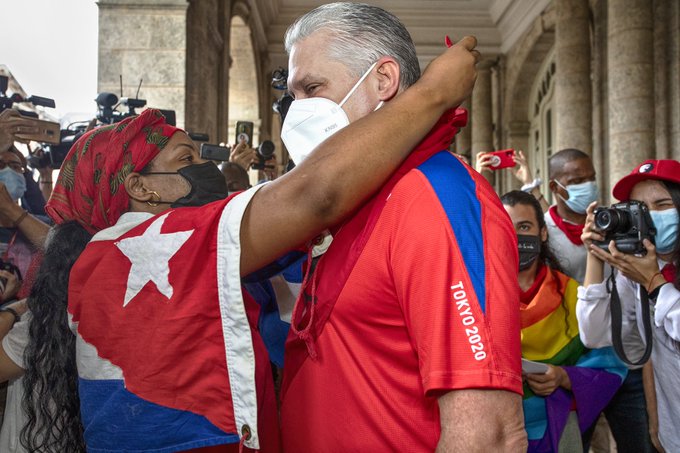 On his Twitter social network account, the Minister of Foreign Affairs questioned the publication, by the Spanish media El País, of the photo of a Cuban activist in an act of support for the Revolution, who appears as if she were protesting against the Government in the disturbances of July 11.

“The truth is the victim of transnational media that, like El País, insist on resorting to gross manipulation against Cuba. The fervor of a Cuban woman who defends her Revolution is impossible to silence. Presenting her photo as the opposite is unacceptable,” wrote the head of the chancellery.

The recent article in the Spanish media used the photo of the Cuban Betty Pairol, who six months earlier denounced on the social network Twitter the manipulation of this same image in various media, which caused the temporary restriction of her profile on the digital platform.

Rodríguez contrasted in another message the crude manipulation with an image of the Cuban president, Miguel Díaz-Canel, who receives signs of support from the people: “The perverse intention of those media collides with this other photo of fidelity and commitment,” he commented.

Since the middle of last June, Cuba has faced a fourth-generation war script, which includes the use of digital platforms and social networks to create content that reflects an alleged destabilization of the political and social order on the island.

The Minister of Foreign Affairs of Cuba has denounced that it is a campaign promoted from the United States at the communication and digital levels, to discredit the nation.