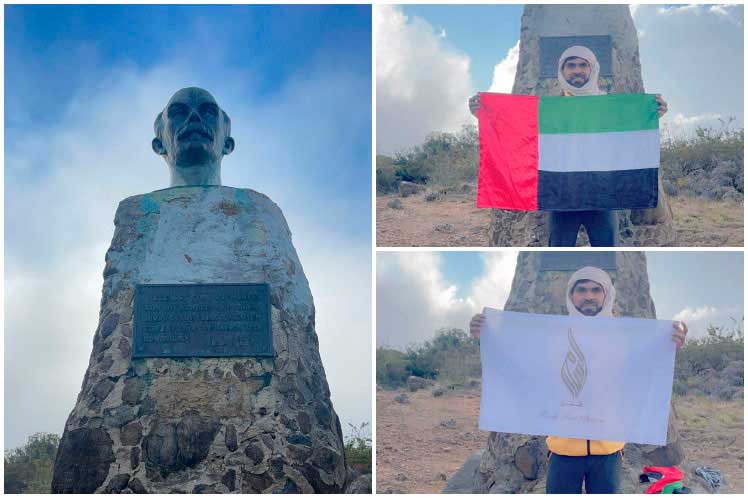 With a passion for this sport since an early age, Al Memari is famous around the world for climbing the highest peaks on the planet, including Mount Everest, and his achievements have been included in his country’s textbooks.

In his latest project, he plans to climb the highest peaks in 246 countries and geographical territories over the next five years, as part of the “Peak for Peace” initiative to send a message of peace from the United Arab Emirates (UAE) to the rest of the world.

The 44-year-old mountaineer has completed several climbing expeditions in the past and has supported various causes to inspire change in society through his achievements.

He has raised awareness about the plight of refugees and cancer patients and has also supported people with disabilities and Down syndrome, among many others.

As he told the Emirati press, many people had started attempting this mission of climbing the peaks of all countries since the 1950s, but no one could complete it until now because they needed political support and a lot of capital to do so.

So he is taking into account the UAE’s good relations with more than 200 countries and the support in a special way of the Crown Prince, Sheikh Mohammed bin Hamad Al Sharqi.

Al Memari will take a letter and a peace trophy to each nation he visits to honor and meet with the top leaders of those countries.

I will also receive messages from them, which will be included in the Book of Peace that I will publish later with general details about each country and its highest peak, he said.

The United Nations has only 193 member nations, but for Al Memari the world to conquer with peace goes far beyond that.

“We want the message of peace to reach the whole world… that’s why we are covering everyone,” he stressed, in reference to all countries and dependent territories, and special areas of geographic interest. jg/etc/mgt/am