US blockade is illegitimate and morally wrong, Cuba stresses 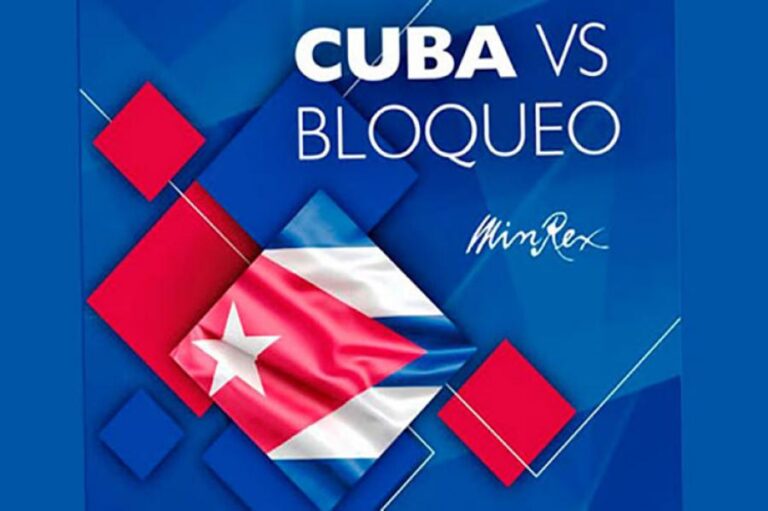 US blockade is illegitimate and morally wrong, Cuba stresses

A declaration of the Cuban Government its Foreign Ministry released remembers it was President John F. Kennedy who signed 60 years ago order 3447 “Embargo on All Trade with Cuba” under Section 620(a) of the Foreign Assistance Act of 1961.

It upholds that the “blockade has never had the least shred of legitimacy or moral justification.”

Following is the full declaration:

“Declaration by the revolutionary government

The revolutionary government condemns the continuance for over 60 years of the economic, commercial and financial sanctions formally imposed by the United States on 3rd February 1962. On that date, the then president, John F. Kennedy, issued Proclamation 3447, “Embargo on All Trade with Cuba” under Section 620(a) of the Foreign Assistance Act of 1961. He thereby conferred official status on the unilateral economic hostilities already in effect against Cuba since our country’s revolutionary victory.

“Since that time, Washington’s policy of siege and economic suppression has become the core of a strategy designed to curtail the legitimate right of the Cuban people to defend their sovereignty and realize a program of development free of imperialist domination.

“Washington’s main argument then, for the application of the measure, was Cuba’s relations with the socialist countries, which allegedly offended against “the principles of the inter-American system” and posed a threat to the security of America and the Western Hemisphere. The pretexts have varied with the passage of time, while the intentions have remained unchanged.

“The clearest definition of the true aims of US policy towards Cuba had already emerged, in the form of an internal memorandum by Lester D. Mallory, Deputy Assistant Secretary at the State Department, dated 6th April 1960: “provoking disappointment and discouragement through economic dissatisfaction and hardships … weaken the economic life … denying Cuba funds and supplies to reduce nominal and real salaries with the objective of provoking hunger, desperation and the overthrow of the government”.

“The blockade has escalated to become the most complex, prolonged and inhuman act of economic warfare ever committed against any nation. Its effects have constrained the scope for economic growth, being designed to impede trading relations with third countries, cause maximum possible obstruction of banking and other financial operations, deter foreign investment and cut off all sources of revenue.

“It is an essentially extraterritorial policy, in breach of international law, which uses pressure, blackmail and penalties in seeking to isolate Cuba and penalize those who establish any trading, commercial or financial links with the country. It is a practical expression in the 21st century of the Monroe Doctrine, which takes a proprietorial view of Latin America and the Caribbean as either America’s “back yard” or “front yard”.

“The blockade has never had the least shred of legitimacy or moral justification.

“It constitutes a massive, flagrant and systematic violation of the human rights of all Cubans. It amounts to an act of genocide within the meaning of the 1948 Convention on the Prevention and Punishment of the Crime of Genocide.

“In seeking to justify the policy, Washington resorts to lies, while attempting to obscure its criminal nature by financing campaigns to spread the notion that the blockade does no real harm to the Cuban economy, that its effects are not a significant obstacle to our development and economic stability. This falsehood is disseminated through the powerful mass media subservient to imperialism and through the digital networks designed to influence public opinion, including that of certain compatriots.

“Since 2019, the coercive economic measures have reached unprecedented degrees of severity. Measures of non-conventional warfare, inapplicable in peacetime, are being enforced, in the attempts to block fuel supplies to Cuba.

“In the context of the efforts addressing the COVID-19 pandemic, the intensification of the blockade assumes an unheard-of level of cruelty, impeding donations in a spirit of solidarity, attempting to hinder the development of Cuba’s vaccines and to disrupt access to basic medicines and supplies. During the pandemic, and throughout the last 60 years, the blockade has had an incalculable human cost, suffered directly by several generations.

“Despite the blockade, the strengths of the Cuban socialist system and the unity of the Cuban people have enabled the country to avoid the economic collapse it envisions and to reach an outstanding level of human development (according to the UN-recognized Human Development Indexes), while making unquestionable gains in terms of social justice and bringing about a gradual transformation in economic and production structure aimed at sustainable growth. One wonders how many small, underdeveloped economies could have survived an onslaught on such a scale.

“This policy of economic siege meets with practically unanimous and universal rejection. In addition to the overwhelming support accorded to the resolution adopted by the UN General Assembly every year, there are constant calls and denunciations by individuals, organizations and institutions worldwide, including within the United States.

“Since 1959, there have 13 occupants of the White House. With certain variations, in every case there has been a constant intention to cause the economic collapse and unsustainability of Cuba’s revolutionary plan, through strict application of the blockade. It seems that 60 years has not been enough time to realize that it has not achieved, and will never achieve, the aims of its promoters.

“The revolutionary government calls once again, strenuously and emphatically, for an end to the economic, commercial and financial blockade imposed by the United States. Our condemnation will remain firm and invariable until the complete cessation of this inhuman and illegal policy. “