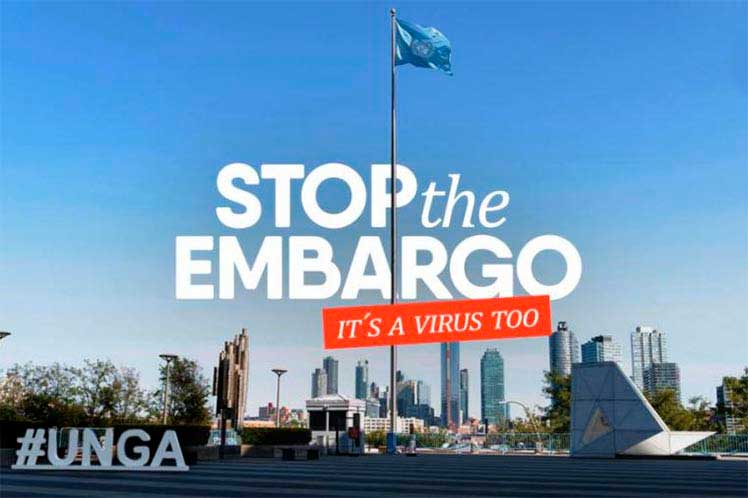 During a joint broadcast between Cubavisión Internacional, Prensa Latina, Canal Caribe and Radio Habana Cuba, Mr. Llort -antiterrorist fighter- pointed out that as the US people know that an injustice is being committed, many oppose it.

In Mr. Lort´s standpoint, a great number of Americans are still unaware of what is really going on with Cuba as well as the real intentions by Washington in imposing an economic, commercial and financial blockade.

That´s why any effort that helps to spread the reality in Cuba and also the harassment of this nation by the US government is quite important, he stressed.

The US government puts the arm on different nations and myriad international companies not to do business with Cuba and also imposes huge fines on those who do so, Mr. Llort stressed.

Such actions prove that it is not an embargo, it is an economic war. So, it is pressing the American people be aware of it, he said.

Washington lobbies on oil tankers not for docking in Cuba, hinders financial transactions, capitalizes on the Covid-10 pandemic to tighten sanctions and to make the scenario in Cuba much more difficult.

In this way, they want to stifle the Cuban economy and its entire people, Mr. Llort condemned, who was imprisoned in the United States for trying to prevent violent actions and plots against Cuba.

At some point, the US government will understand that February 3, 1962, as President John F. Kennedy signed the executive order formalizing the hostile blockade against Cuba, that date went down in history as a day of infamy.

Washington imposes its blockade because it does not forgive the Cuban people for having developed a Revolution to decide their own destiny.

The US appeals to slander to justify excluding Cuba from Summit