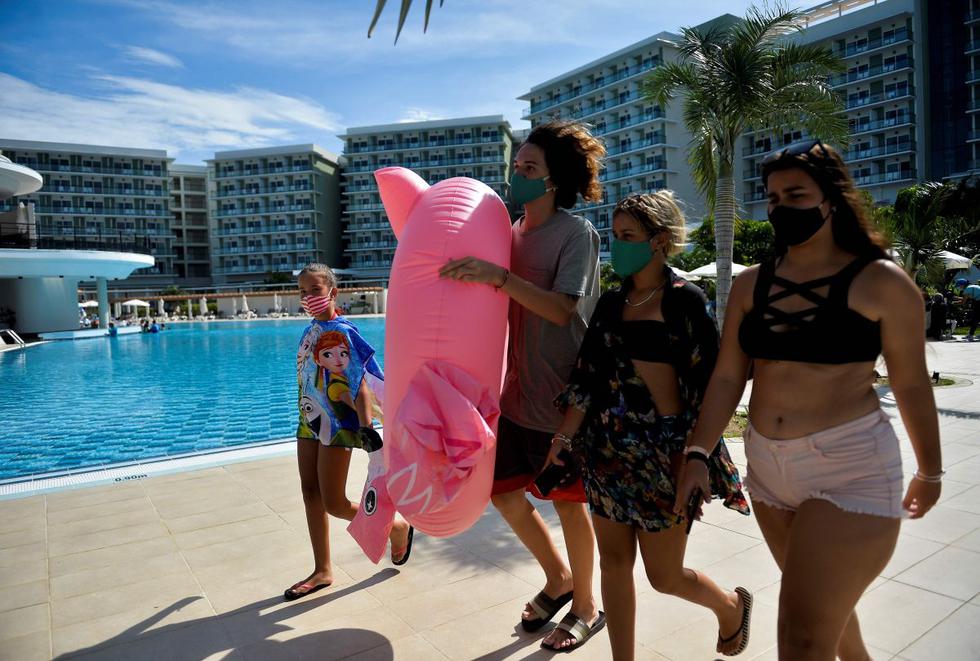 During a meeting here with journalists, Ivis Fernández, delegate of the Ministry of Tourism (Mintur), in the western Cuban province of Matanzas, indicated that last year was marked by the rigorous health protocols motivated by Covid-19.

To a question from Prensa Latina, Fernández pointed out that the forecasts, in accordance with the epidemiological situation in the world, were good, since for the year-end festivities the pole had the presence of 24,000 vacationers, when the forecast was 21,000.

She recalled that reopening to international tourism in the country was last November 15, but the Varadero resort began operations on April 18, discreetly and following health requirements of the pandemic.

It began, she said, with the arrival of vacationers from Russia, and Canada joined later, although it has had a slight decrease due to the situation in that country and added: “each government adopts border measures it deems appropriate.”

She specified Mintur figures show that the last quarter of the year marked the results of 2021 with gradual growth, and operations at the Juan Gualberto Gómez international airport, in Matanzas, received flights of 16 foreign airlines.

According to studies, 43 hotels in Varadero currently welcome clients, under the biosafety protocols against the SARS Cov-2 coronavirus, and an average between 60 and 75 percent of room capacity.

Fernández detailed Russia as the leading source market for the tourist resort last year, followed by Canada, Germany, Spain and the United Kingdom, also with the presence of Polish, Belgian and Nordic vacationers.

He stressed that Varadero has a privileged geographical position due to its proximity to the island’s capital, the provinces of Villa Clara and Ciefuegos, and Trinidad, “which allows the enjoyment of many values ​​and the stay of clients in the resort and in interesting nearby destinations.

Varadero is located on the Hicacos peninsula on the north coast of Matanzas, 140 kilometers east of Havana, and has a hotel plant of 52 facilities with more than 21,600 rooms, for the so-called leisure industry.