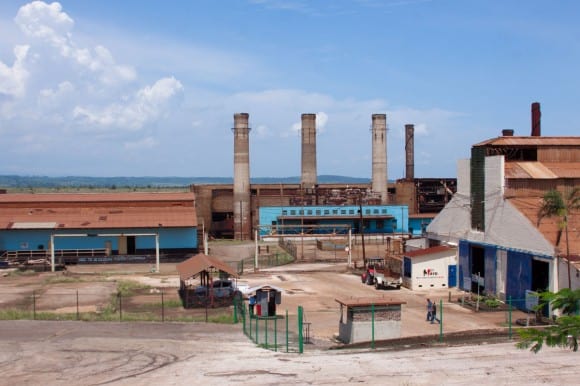 In an evaluation of the work of the nickel mining complex in the Holguin municipality of Moa, in the east of the country, Cuban Deputy Prime Minister Ramiro Valdés analyzed the factors that caused the two companies located in that territory to stop producing more than five thousand tons.

In this sense, Eder Manuel Oliveros, general director of Cubaníquel, explained that if they had complied with the proposed production for 2021, some 60 million dollars more would have entered due to exports.

Oliveros pointed out that these results were influenced by the repercussion of the international logistics chain problems, due to Covid-19, which affected the entry of important resources due for the operation of the factories, which in the case of Cuba was even more complicated, due to the effects of the US blockade.

For example, the manager mentioned what happened at the Ernesto Che Guevara plant, where supplies began to arrive to ensure investments starting in October, “so we only had November and December to move forward.”

Other causes that affected the plans for the production of nickel were the low metallurgical efficiency, the lower leaching capacity (of the processed mineral) and the difficulty in accessing essential resources, such as industrial gases.

For 2022, the nickel industry has among its goals to promote projects in the portfolio of foreign investment opportunities; increase productivity through the training and development of human resources.

For his part, Commander of the Cuban Revolution Ramiro Valdés insisted on strengthening the link with the universities, raising the quality of human capital and thereby give special care to neighborhoods in the towns of Moa and Nicaro.

Likewise, he was particularly interested in paying attention to the environmental impact of the industry, the use of domestically manufactured spare parts, and the application of science, technology, and innovation in production processes.

Cuba remains in ninth place in the world reserves of nickel plus cobalt, with the largest exploitation of deposits in Moa, where the Comandante Ernesto Che Guevara company and the joint venture Moa Níckel SA-Pedro Sotto Alba, which shares management with the Canadian company Sherritt.

Mixed nickel and cobalt sulfides are obtained for export, as well as sulfuric acid for the national industry.