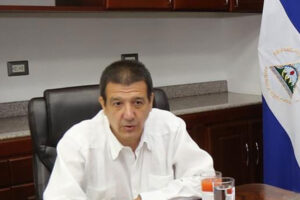 In an interview with local media, the diplomat mentioned the large resources allocated by the international right-wing forces, and the dissemination of altered images or events in other countries as if they occurred in Cuba.

The island’s representative in Managua reiterated that Cuba is an independent and sovereign state, recognized the existence of criminal proceedings under the principle of legality and denied the permanence of prisoners under 16 years, after the disturbances on July 11, 2021.

According to Mayo, the alleged disappeared or persecuted in the Caribbean territory reappear in walks through European and North American cities and detailed the reality of the Antillean country since last year, under the tightening of the economic, commercial and financial blockade.

In his opinion, the imposition of this unilateral measure by the United States affects the supply of essential resources, decreases the income of foreign exchange and supplies necessary in the confrontation against the Covid-19 pandemic, added to the application of 243 severe measures during the Government of Donald Trump (2017-2021).

Likewise, he recalled that Cuba has three vaccines and two candidates, authorized for use by the national regulatory entity, also present in nations such as Nicaragua, Venezuela, Mexico, Vietnam, Iran and Saint Vincent and the Grenadines.

Finally, he demanded that the United States cease the blockade, interference, financing for subversion, tolerance of terrorist groups and the persecution of fuel supplies from third sources; as well as authorizing, among others, the reestablishment of migratory and consular services.