Families’ Code, for plurality and diversity in Cuba 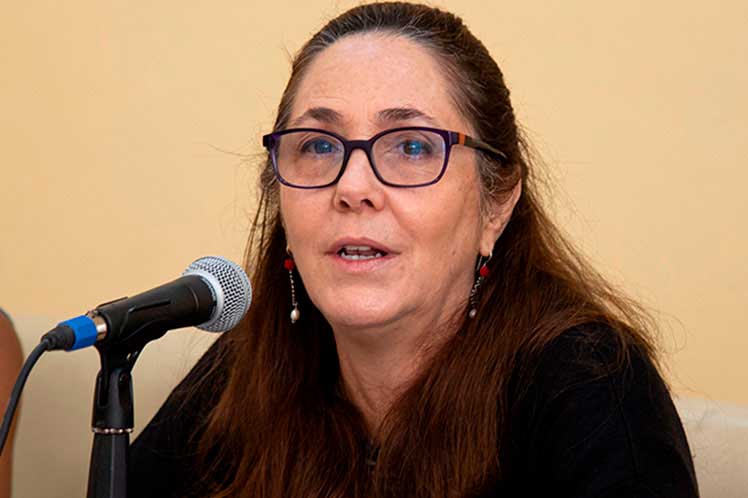 Families’ Code, for plurality and diversity in Cuba

At a press conference in Cenesex, regarding the start of the ninth edition of the Maternity and Paternity conference, from February 14 to April 4, the also director of the Sexology and Society Magazine stated that the project, submitted for popular consultation, demonstrates a high level of political awareness and cultural change.

An advanced, revolutionary code that shows the transformation potentialities of Cuban society, the strengths of the political system in the field of family law, consistent with the current situation in Cuba, after several years of experience and permanent confrontations to destroy the revolutionary project, she claimed.

Similarly, the scientist urged citizens to analyze the glossary of terms, as it introduces more than 90 new concepts.

Likewise, she stressed the role of State institutions and civil society in clarifying doubts or myths about the norm.

The specialist underscored the need for synergy between the Civil and Criminal Codes and other laws to ensure that the rights recognized in the law are not distorted. In this regard, she mentioned the issue of solidarity gestation, one of the most controversial sections on social networks about the new Code.

Castro emphasized that those who criticize Cuba want to reduce it to the concept of a rented womb, an instrument of exploitation of women, incompatible with the instrument under discussion.

She also considered the importance of establishing the age of majority to marry, since the exceptions regulated in the current norm respond to realities of yesteryear, located mostly in rural areas.

Adolescence is no time for weddings, motherhood or fatherhood, she opined. She explained that the motto of Maternity and Paternity day is “Family coexistence in equity” and is related to the debates around the Families’ Code, since activities will be developed to dismantle what she called myths about some of her articles.

One of the main objectives of the Maternity and Paternity Day is to promote spaces for reflection and dialogue about the importance of family life, the acquisition of tools to decode situations of inequity, discrimination and difficulties in fulfilling the healthy function of creating a family group.

Some of the activities of the event will include lectures, postgraduate courses, community activities and fairs, as well as sessions of the Family and Sexuality group on Telegram social network.