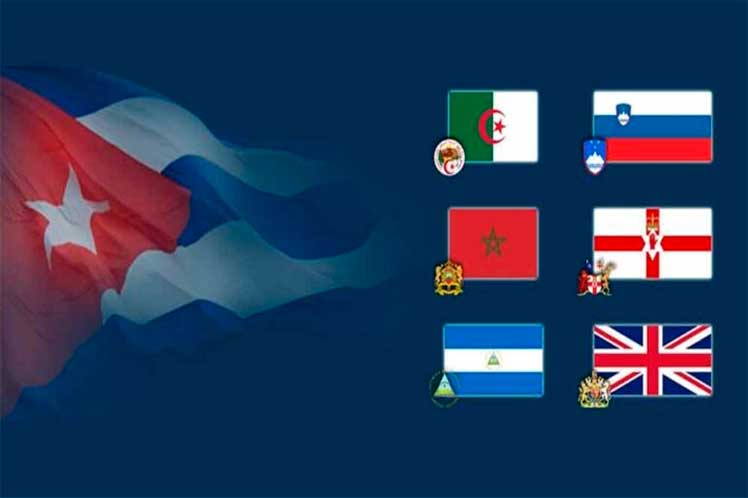 According to the official website of the Presidency, the president spoke with each diplomatic chief in a solemn audience at the Palace of the Revolution.

The Head of State received, first, Abdelkrim Benchiah, from the People’s Democratic Republic of Algeria, with whom he exchanged on the historic relations promoted by the leaders of both nations.

For his part, the Algerian ambassador pointed out that the current moment is good to strengthen ties in the economic and commercial spheres and to increase cooperation in areas as important as health and education.

Díaz-Canel thanked that country for its position against the blockade imposed on the island by successive US administrations.

According to the official source, Abdelkarim Benchiah made reference to the solidarity that unites both countries and highlighted the common spaces, such as culture and economy.

Later, the president received the ambassador of the Kingdom of Morocco, Hicham El Aloui, whom he thanked for the support of that nation to Cuba.

The diplomat expressed his satisfaction at being in the Caribbean country and conveyed the greetings of His Majesty and the people of Morocco.

Ambassador Wilfredo Jerónimo Jarquín Lang appeared before the president as ambassador for Nicaragua, and both parties ratified their historic brotherhood.

Díaz-Canel placed special emphasis on gratitude for the support provided by Nicaraguans to the island in difficult times, as well as for accompanying Cuba in its fight against the imperial blockade, the Presidency published.

At another time, the dignitary received George Michael Edward Hollingbery, from the United Kingdom of Great Britain and Northern Ireland.

According to the portal, the ambassador shared with the Head of State the perspective that the blockade suffered by the Caribbean country is for them “a policy that does not work.”

Finally, Díaz-Canel welcomed Andrej Gregor Rode, from the Republic of Slovenia, and advocated to strengthening relations between the two nations.

The president extended his gratitude to that country for the support given to Cuba in its fight against the siege of Washington. For his part, the diplomat again thanked the position of the island that 30 years ago recognized the independence of that nation.