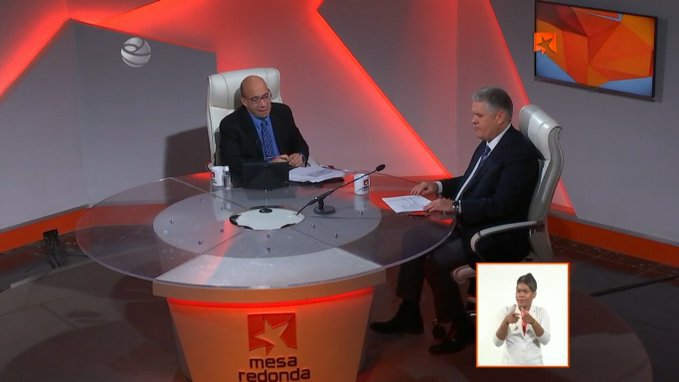 Precisely last Thursday, the Vice Prime Minister, Alejandro Gil Fernández called for 2022 to be a year of shaking for these entities, because “we have objective problems, blockade, lack of foreign currency and infrastructure, but also many potentialities and reserves without exploit”.

It is undoubtedly the main source of wealth, well-being and prosperity of Cuban society, it has been the object of the main changes and economic and organizational measures in the last stage, as it should be for the owner of the fundamental means of production and services in the socialism.

But as the Minister of Economy and Planning also stated, during a televised appearance, there are still many weaknesses and dissatisfactions despite having given the state company more autonomy and many other flexibilities in making decisions to move forward.

In this regard, Gil explained that more than 500 companies with losses were identified, of which many were in that situation before the monetary order, something not detected because the economy worked with an exchange rate of 1×1 (now it is 24 pesos for a dollar), which facilitated cheap imports in national currency and profits with little activity.

The devaluation of the national currency – he pointed out – has made it possible to make transparent a set of operations in the economy that previously gave profits to companies, but not to the country, nor were there incentives to export.

In this regard, he said there should be greater pressure on state companies with losses, low productivity and limited application of science and technology. Likewise, the subsidy to these entities must be considerably reduced or eliminated, because the state company must contribute and not be a burden for society.

As Gil recalled in his speech, the country has a very tense situation, it is experiencing an exceptional situation with all the complexities that the intensified blockade incorporates, which must be overcome with efficiency, productivity, initiative, innovation and by all possible paths and routes to survive and develop.

In this scenario, stressed the deputy prime minister “the state company is the main actor, but it has to earn it”, and much more when today the expansion of the non-state sector generates an environment of greater competitiveness, although micro, small and medium-sized companies (MSMEs) are not alternatives because they have their own spaces and requirements.

In a recent meeting with representatives of the business system, President Miguel Díaz-Canel assured that promoting the state company as a fundamental actor of the socialist economic-social model is not only an economic definition, it is a political definition.