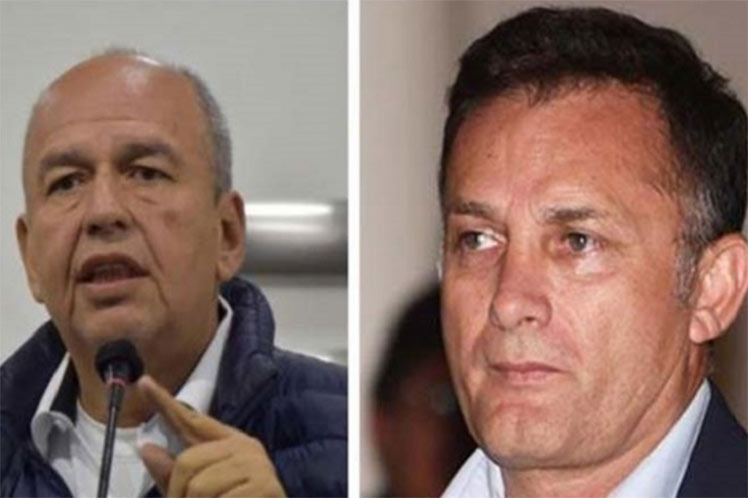 “The Bolivian people are already tired of listening to the trite discourse of what they constantly manifest and appeal: political persecution,” said the legislator.

Angulo exemplified, in statements to the Bolivian News Agency, with the case of former de facto president Jeanine Áñez, arrested for her actions following the overthrow of then-constitutional president Evo Morales in November 2019.

He deplored in this regard that her supporters show her deprivation of liberty pending two trials as “political intimidation.”

Noting that the defendant committed crimes that must be dealt with by justice, he recalled that the Interdisciplinary Group of Independent Experts (GIEI-Bolivia) certified in a specialized report that Áñez proclaimed himself ruler in a session without the required quorum.

He explained that this act violated Article 169 of presidential succession, established in the Political Constitution of the State.

For this reason, the unelected former president, the main former heads of the Armed Forces and the Police are accused of breach of duties and unconstitutional resolutions in the file called Coup d’etat II.

Angulo added that Constitutional Judgment 0052/2021 established in an unappealable manner that the so-called “ipso facto succession”, argued to justify the self-proclamation of the former senator, violates the Magna Carta.

He stressed that, according to the GIEI report, during Áñez’s de facto mandate, massacres, extrajudicial executions, torture, illegal detentions, and other human rights violations described as serious in that report occurred.

Such crimes must be clarified in the case known as Coup d’Etat I, opened in December 2020 based on a complaint by former deputy Lidia Patty and in which the former de facto ruler and her former ministers Álvaro Coímbra and Rodrigo Guzmán are accused of sedition. , conspiracy and terrorism.

The MAS legislator considered emblematic other situations of relevant opposition figures who resorted to the pretext of political persecution to flee the country and evade their debt to justice.

He mentioned the former Minister of the Presidency of the de facto government Yerko Núñez, who declared himself “in hiding.”

In Angulo’s opinion, other fugitives who justified their evasion of the law with this argument are Fernando López and Arturo Murillo, former Minister of Defense and of the Government of Añez, respectively, protagonists of the Senkata and Sacaba massacres, in which dozens of people died. protesters and hundreds were injured.