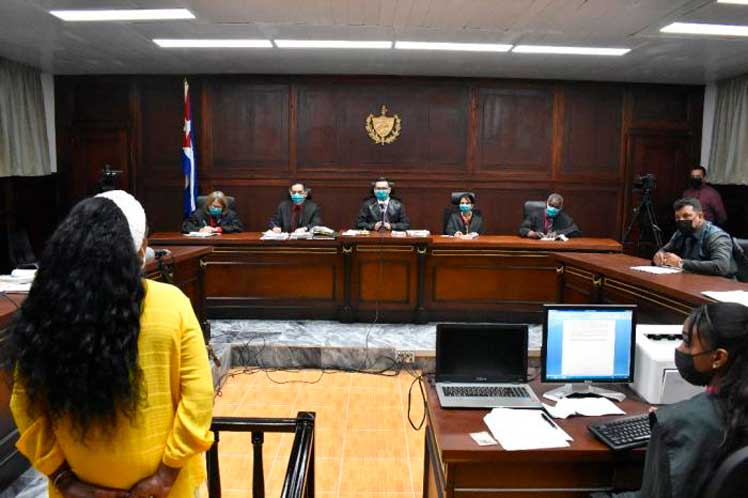 One of the defense lawyers said he had access to the accusatory evidence, to study the case, in addition to being able to meet with his clients and draw up, as a whole, a defense strategy, according to an article published in Granma newspaper on Monday.

Sergio Hernandez Ramos, one of the court-appointed attorneys, pointed out that all the evidence and arguments in the defense have been presented and have been assessed by the members of the Court.

The defendants, adds the newspaper, have also testified everything they wanted, they have even been able to speak for or against the Cuban political and social system, and no one has been prevented from making their statements.

Rainer Rosales, another defense attorney, explained that even though in Cuba criminal responsibility begins at age 16, in the case of defendants who are between 16 and 18 years old, they are legally protected by a differentiated treatment.

The special measures provided for in Cuban legal regulations for this age range include not imposing custodial sentences or lengthy sanctions, with the purpose of facilitating the reintegration of youths into society.

The newspaper specifies that during the trials other guarantees of the due process have been fulfilled, such as, for example, not being deprived of freedom but by a competent authority and for the legally established time, and maintaining respect for dignity and physical, mental and moral integrity, not be a victim of violence and coercion to force defendants to testify.

On January 25, the Office of the Attorney General of the Republic (FGR) reported that, as a result of the investigations into the events that occurred in several Cuban cities on July 11 and 12, 2021, 117 files were presented in the preparatory phase corresponding to those of greater connotation, 110 of which went to court, with 710 defendants.

The article added that as a result of the 84 trials, the Prosecutor’s Office has been notified of 44 sentences issued by courts, in which 172 defendants who had the right to establish the corresponding resources were sentenced, the FGR noted.