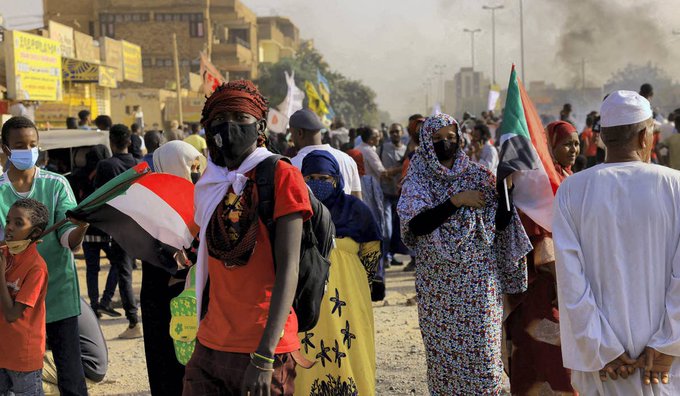 The non-governmental organization, opposed to General Abdel Fatah al Burhan’s coup, also reported dozens of wounded, while clarifying that the two deaths were the result of gunshot wounds.

In a first statement, the group of doctors confirmed the death of one protester from a gunshot wound to the neck in Khartoum, the capital, as the march was heading towards the presidential palace.

The second was shot in the chest in Omdurman, near the national parliament building.

Likewise, in a statement the Doctors’ Committee condemned the excessive use of violence against peaceful demonstrators.

The crackdown on the protest came on the exact same day that the Khartoum State Security Affairs Coordination Committee reiterated the guarantees to demonstrate.

However, it maintained the ban on reaching the presidential palace, where al Burhan sits in his capacity as chairman of the Sovereign Transitional Council, the highest body until elections are likely to be held in 2023.

Freedom of expression is a right guaranteed by the Transitional Constitutional Document, the committee said the day before in a statement reported by the official SUNA news agency.

During an interview with a local media on Saturday, al Burhan said that third parties may have killed protesters to take advantage of the current political crisis, although he did not present any proof of his allegations.

He also explained that he instructed security forces not to open fire on participants in the marches, which are a frequent in the capital and other nearby cities to demand the return of the military to barracks and the handover of power to a civilian government.

The security forces are only authorized to use their weapons to protect strategic locations such as the presidency, the council of ministers building and the parliament, he added.