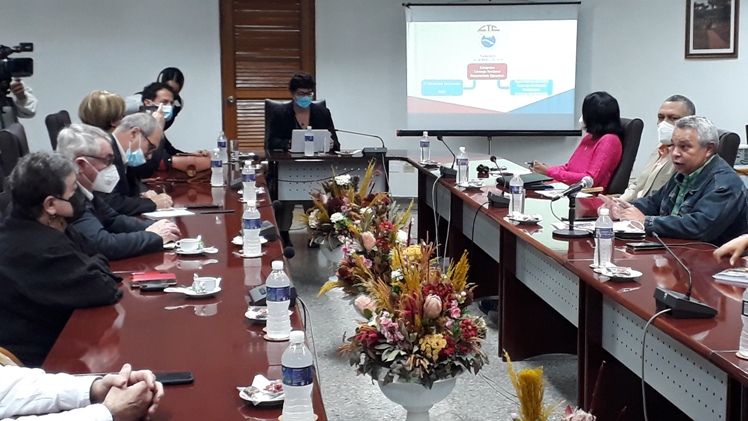 At the end of a meeting with the Cuban delegation led by the Cuban Workers Federation (CTC, in Spanish) Secretary-General Ulises Guilarte, Mr. Bierbaum -German sociologist and economist- told the press his visit is “expression of solidarity with the Cuban people” in the face of the hostile US blockade. 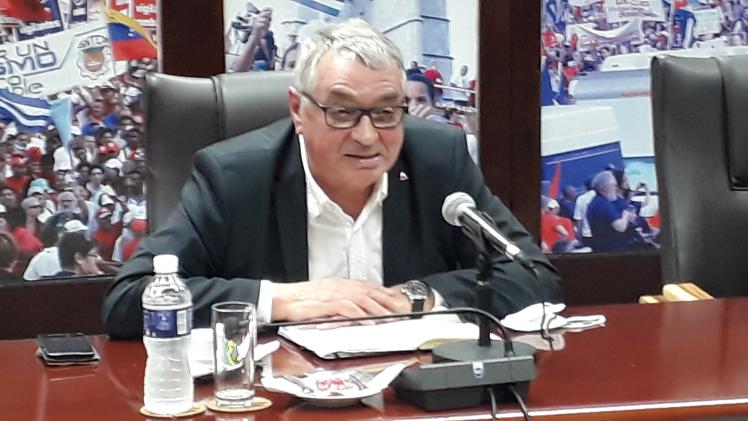 Mr. Bierbaum also recognized the rough situation Cuba is being facing up, but he said that “we are quite impressed by Cuban achievements in the field of vaccine development.”

We come to learn about the real situation in Cuba, he said, while pointing out that fake news in many European nation concerning Cuba is often disseminated.

In this regard, Mr. Bierbaum stressed that it´s “very positive to be able to talk about the real situation in Cuba.” 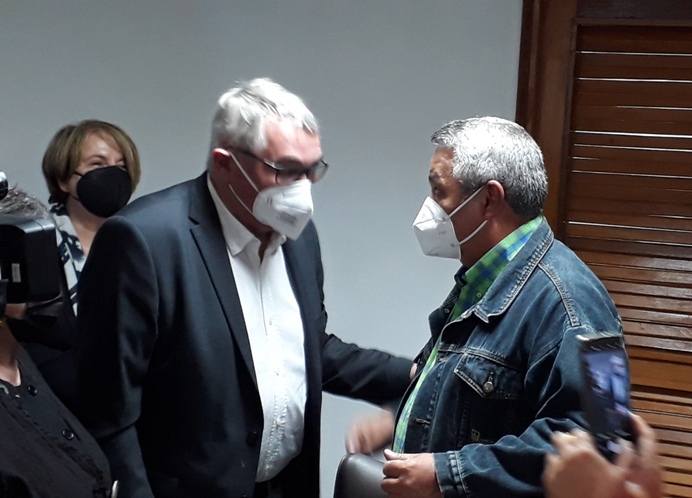 Mr. Bierbaum said he felt “very happy” about Cuba’s potential to find a way out of the current situation fueled by the tightening of the economic, financial and commercial US blockade as well as the impact of the Covid-19 pandemic.

There is a very difficult situation in the European Parliament and we as PIE members “make another policy.”

The European Union, Mr. Bierbaum estimated, must pursue a “more independent” policy that is not just an ally of the United States and “develop a normal relationship based on collaboration with Cuba.”

Guilarte, on the other hand, gave a detailed explanation on the CTC emergence, development and challenges concerning the present situation in Cuba, and explained the transformation process of the Cuban economy, including changes and expansion of private sector actors.

He stressed the economic, financial and commercial blockade imposed by the United States for over 60 years is a “genocidal act” that cross-cuttingly hinders our development programs.