Nearly 70% of US voters support path to citizenship for immigrants 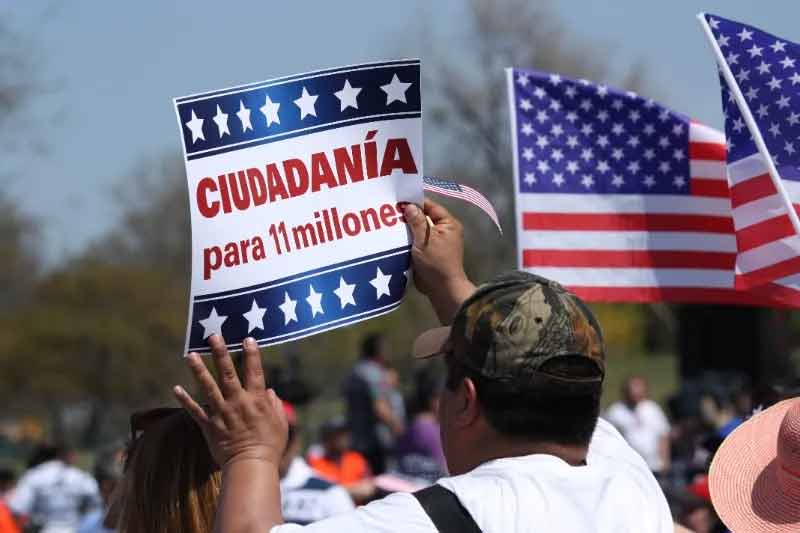 Nearly 70% of US voters support path to citizenship for immigrants

Washington, Feb 17 (Prensa Latina) Nearly 70% of Americans support that path to citizenship, according to the NewsNation poll, which surveyed more than 1,000 registered voters over the weekend. Generally, in the past, blanket support for a path has gone no higher than the high 50s.

The poll suggests that despite a crisis at the border with a growing influx of undocumented immigrants crossing into the country, momentum continues to grow for granting citizenship to those who are already here.

Migration researcher Ernesto Castañeda, a sociology professor and director of the Immigration Lab at American University, said this and similar polls show how lawmakers need to lean on the issue of immigration. “Some domestic advisers in the White House falsely think that if Biden pushes for a path to citizenship and programs to regularize the undocumented, that there would be a political price to pay in future elections,” Castañeda said.

Tranter added: “That’s a clear winner there for the Biden administration, or any administration or any politician, to look at and say: ‘Hey, I want to be for something which the majority of Americans are supporting.’”

“Part of what you’re seeing is an appetite for reform that’s almost four decades in the making,” said Shannon Gleeson, a Cornell University law and history professor.

But unlike a path to citizenship, Americans are divided on almost everything else related to immigration, the poll found. (The poll had 3% margin of error)

For example, it’s a near 50-50 split on questions surrounding border wall effectiveness and support for “catch-and-release” policies for women, children and families apprehended at the border.

The NewsNation/Decision Desk HQ poll revealed that the country is also split down the middle on the issue of border security. About 51 percent of responders felt the border wall was effective at preventing illegal immigration.