Poland agrees to station more U.S. military in the country 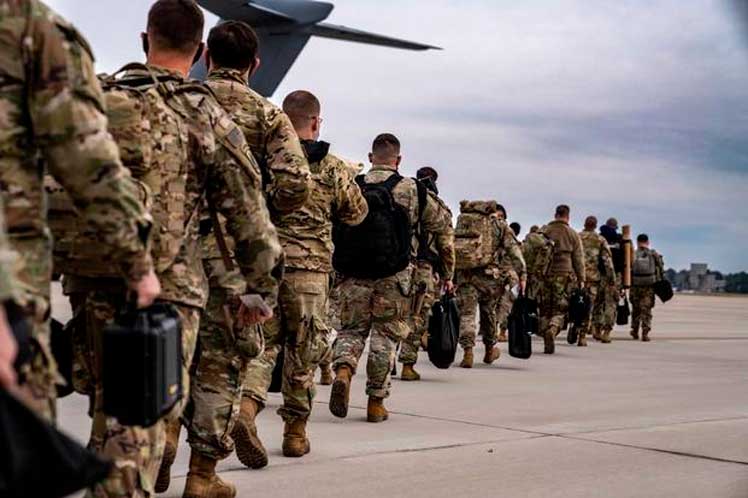 Poland agrees to station more U.S. military in the country

We constantly talk with Washington about military strengthening. It is very real that we will have an additional contingent on our territory, at least temporarily, Jablonski told Polskie Radio.

The official did not elaborate on the North Atlantic Treaty Organization (NATO) troop expansion, but said his government “will inform about it at the appropriate time.”

Poland is the target of constant questioning from the European Union (EU) over issues relating to the rule of law, anti-abortion regulations, and the freedom of speech of judges and magistrates.

However, now it has closed ranks with the regional entity to attack Russia and support Ukraine in a dispute in the border area between the latter.

On this day, Warsaw announced its readiness to take in one million refugees from Ukraine, in case of an invasion of troops ordered from Moscow.

The Russian government repeatedly denied such an option and described it as a disinformation campaign from the West.

Meanwhile, a meeting of EU foreign ministers on the issue is taking place in Brussels, Belgium, this day, where the Austrian Foreign Minister Alexander Schallenberg said he was opposed to early sanctions against Moscow.

But earlier the head of EU diplomacy, Josep Borrell, said that the regional bloc has prepared a package of regulations against Russia.

Other actions such as the withdrawal of diplomatic personnel from Kiev or the increase of military troops in the area took place days ago as part of the escalation against Moscow.

The day before, the spokesman of the Russian presidency, Dmitry Peskov, pointed out that at the moment the slightest spark or provocation on the line of contact in the Ukrainian region of Donbass could have irreparable consequences.

The same result would result from “the exercise of announcing every day the date of a military invasion, the Kremlin spokesman said in an interview with the TV channel Russia 1.