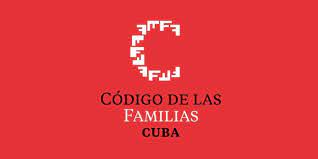 Contained in the preliminary provisions, specifically in Article 3 of the document, this principle states that at all times the most appropriate solution will be sought for the realization of the person.

This was confirmed by the president of the Cuban Society of Civil and Family Law, Leonardo Perez Gallardo, on the Hacemos Cuba program on national television.

In this regard, Ana Maria Alvarez, professor at the Law School of the University of Havana, emphasized that the pursuit of happiness and the other institutions in the so-called code of alternatives are adapted to each specific situation being analyzed.

Other principles defended in Article 3 of the draft Family Code are plurality, equality and non-discrimination, solidarity, as well as the best interests of children and adolescents.

Jurist Yuliesky Amador pointed out on his social networks that it applies in all areas in which minors develop: families, schools, communities, and administrative and judicial processes.

“It implies that those who have the responsibility to make decisions related to children should choose the option that best protects their rights,” he wrote.

Jurists have defended the application of this principle when analyzing the guardianship and protection of children, one of the broadest ways of expressing parental responsibility.

Perez Gallardo assured that the draft Family Code breaks schemes with respect to the guardianship and care currently in force.

“While today only unilateral guardianship, which gives a wink of preference to the mother is taken into account, in the new document there are a variety of options such as shared guardianship and care,” he explained.

For Dr. Alvarez, this is an interesting concept because it enhances co-responsibility: “under the principle of equal conditions, girls and boys can enjoy identical times of company, stay and share with mothers and fathers.”

In her opinion, more and more Cuban men are involved and need to be on equal terms with their children.

“This is evaluated on the basis of the specific situation and what is most beneficial for the minor, in the case of children who have the necessary maturity to show their interests, their opinion on these issues can be heard,” she added.

The expert emphasized that it is not a matter of doing what they want, but stressed that when everyone is involved in making a decision, it is much easier for the solution to flow.

Parental responsibility and progressive autonomy are two of the concepts that have generated the most debate among the population during the popular consultations that are being held on the draft Fammily Code nationwide until April 30.