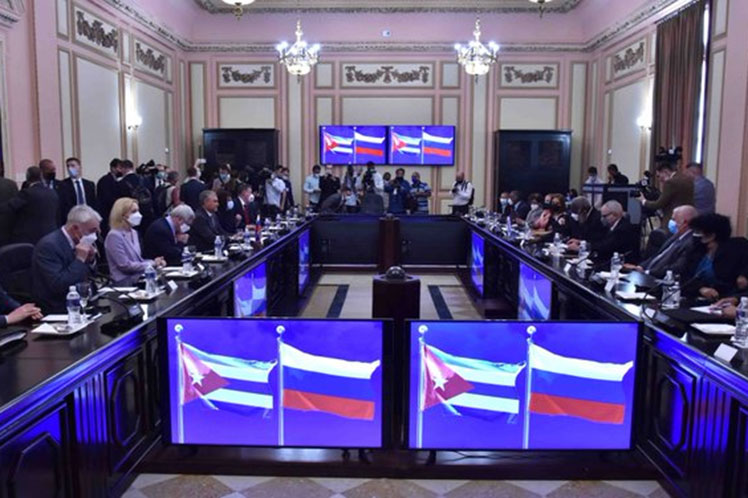 The legislative entities of the two nations agreed to explore new formats to deepen the dialogue and make it more dynamic, as reported after a meeting between Esteban Lazo, president of the National Assembly of People’s Power, and Vychaeslav Volodin, head of the State Duma of the Russian Federal Assembly.

Lazo pointed out that interparliamentary relations can be a way to promote the cooperation that exists between the governments of both countries in political and economic matters and the coordination of strategies for international work based on common interests.

In this sense, Volodin proposed the creation of new formats of interaction such as the establishment of a joint commission to expand collaboration and discuss issues that concern citizens.

He pointed out tourism, agriculture, defense and higher education as possible areas of cooperation and meant that in the face of the new challenges imposed by double-standard sanctions, inter-parliamentary relations must be strengthened to defend people.

The president of the State Duma sent an invitation to Lazo to participate in the International Forum for the Development of Parliamentarism, in July of this year, and insisted on the need to move to a higher level of relations based on already existing relations for more than 60 years.

Lazo thanked the support of the State Duma for the condemnation of the US blockade against Cuba, and support for the confrontation of Covid-19.

He also ratified the support of the Antillean nation to Russia’s right to defend itself against the escalation of violence, interference and propaganda hysteria from the West.

The official visit of the Russian delegation headed by Volodin began today with a tribute at the Monument to the Soviet Internationalist Soldier. Later he visited the Fidel Castro Center.