Russia reports on first day of the military operation in Ukraine 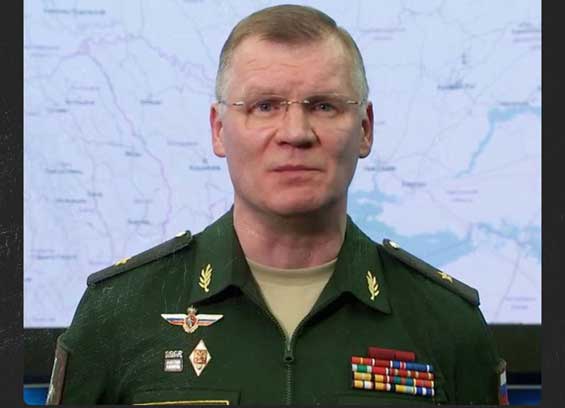 Russia reports on first day of the military operation in Ukraine

He stressed that, for their part, the militias of the Donetsk and Lugansk people’s republics broke through the defense of the Ukrainian troops and advanced six to eight kilometers with the support of Russian artillery and aviation.

Konashénkov reported that the Army of this country advanced towards the city of Kherson, on the shores of the Black Sea and next to the Dnieper River, which made it possible to unblock the North Crimean Canal, which links that river with Crimea, and restore the supply of water to the peninsula.

Moscow recognized the independence and sovereignty of both territories on February 21, the day it also signed treaties of friendship, cooperation and mutual assistance with those leaders, which included the establishment of diplomatic relations and military aid.

The start of the attack was reported by President Vladimir Putin in a televised speech, in which he stated that Russia will try to protect the population of Donbass and “demilitarize” Ukraine.

According to the Russian Ministry of Defense, Russian Armed Forces do not launch attacks on Ukrainian cities, but rather against military infrastructure, air defense facilities, airfields and military aviation with high-precision weapons. He stressed that the civilian population of Ukraine is not threatened.

Putin stressed that Russia does not plan to occupy Ukrainian territories, but rather to defend the right of the peoples of Ukraine to self-determination. He also reiterated that Moscow cannot allow Kiev to acquire nuclear weapons and continue to militarize its territory, which constitutes a danger to Russia’s security. He stressed that NATO’s continued eastward expansion is unacceptable.