Lecture in Japan on Cuban vaccines against Covid-19 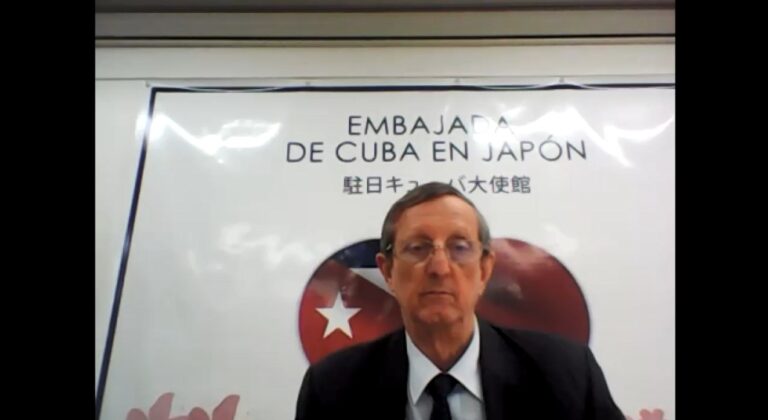 Lecture in Japan on Cuban vaccines against Covid-19

During the virtual meeting organized by the Cuban embassy in Tokyo, the head of the official mission, Miguel Angel Ramirez, gave an update on the results of the immunization campaign in his country and the scope of the vaccines in other nations.

Ramirez stressed that the effectiveness of the Cuban strategy to contain the spread of the SARS-CoV-2 coronavirus is based on corner stones such as the qualified human potential, a robust biotechnological industry and a health system with standards of developed countries.

The manufacture of Abdala, Soberana 02 and Soberana Plus formulas allowed Cuba to respond to the Covid-19 pandemic without depending on transnational companies or foreign political conditioning, the ambassador stressed.

Eighty-nine percent of Cubans are fully vaccinated, including 96.6 percent of children and adolescents.

Even more than half of the population has a booster dose.

These achievements were possible despite the economic warfare imposed by the U.S. blockade against Cuba and its intensification during the last two years of the pandemic.

One of the examples of the direct impact of Washington’s coercive measures on Cuba’s efforts to face the health crisis is the impossibility of acquiring the 30,000 swabs needed to carry out daily PCR (Polymerase Chain Reaction) tests, as well as equipment contracted to a German company.

In this regard, Hisao Tanuma, member of the Japanese communist group Shiso-Undo, praised the capacity of Cuba to advance even with obstacles and the enormous potential to be exploited if the blockade did not exist.

Other participants in the forum congratulated Cuba for its achievements in health and wished greater success to its anti-Covid-19 vaccines.