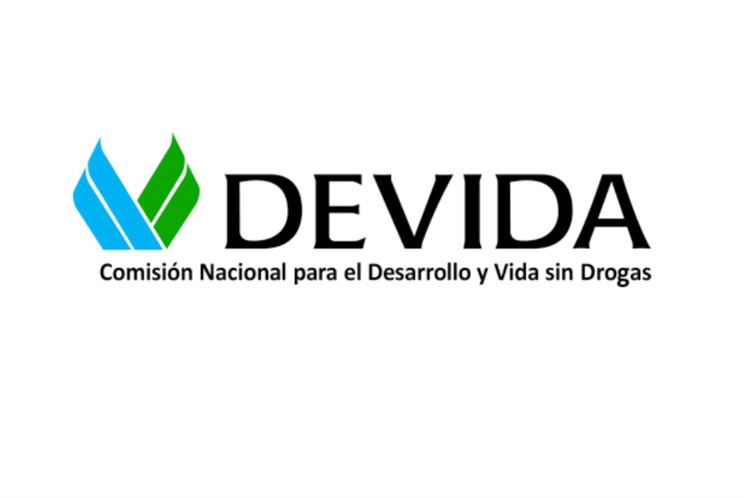 The National Commission for Development and Life without Drugs (Devida), whose head is the expert Ricardo Soberón, proposed as an objective a commitment built between the State and civil society in the Andean-Amazonian region and with reciprocal rights and duties.

A report from the agency specifies that the pact will be prioritized with the original peoples and agricultural producers, so that they “voluntarily reduce coca crops for illicit purposes in exchange for timely services from the State.”

It adds that the pact is necessary given “the failure of the forced reduction of coca crops and the lack of intergovernmental articulation between the different state institutions in actions against drug trafficking.”

According to Devida, between 2016 and 2020, forced eradication eliminated 113,000 hectares and destroyed 3,873 coca leaf maceration pits, the first phase of cocaine production, and 1,900 drug production laboratories.

The report adds that in recent governments illicit crops were moved from the eradication areas to border areas with Bolivia, Brazil, Colombia and Ecuador, as a result of the global demand for cocaine.

The proposed pact foresees strengthening alternative development (change of production) and focusing on the reduction of illicit crops in a gradual and sustainable manner and a more effective control regime for the production, collection, industrialization and commercialization of legal coca leaf, currently in crisis.

According to official figures, five million 900 thousand Peruvians consume coca, sipping the juice from the leaf and in infusion, which represents a legal demand of 12 thousand tons per year, that is, eight percent of the total production.

Devida points out that 80 percent of cocaine use is concentrated in Europe and the rest mostly in the United States, so it is necessary to promote a perspective of common and shared responsibility at the international level to confront drug trafficking generated by demand.

The Peruvian government, the report adds, is committed to fighting the world drug problem because, along with other Andean countries, it is affected by external pressure caused by the global demand for cocaine, a serious threat to the state.