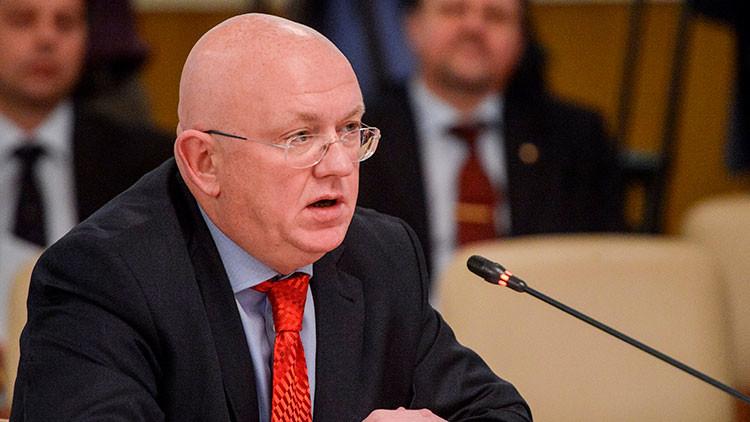 Russia’s permanent representative to UN Vaisili Nebenzia stated that the main reason for vetoing that document is not what is included in it, it is what is left out.

For example, he added, the fact that those who seized power in Kiev through a coup launched bombs and missiles at populations in Donbass and killed civilians.

Russia opposes crimes committed by Ukrainian nationalists who have been killing for eight years: Where was UNSC when all this was happening? Why did not UNSC react? Mr. Nebenzia said.

The draft resolution -presented to UNSC on Friday- is another move by the West on the Ukrainian chessboard as they spread their propaganda and fake news about Russia´s attacks on Ukrainian civilians, he noted.

Russian troops are not shelling civilian infrastructures, this is not about a war against the Ukrainian people, it is about helping people in Donbass.

Likewise, Mr. Nebenzia refuted the US accusations, it´s so hard to “compete” with the United States regarding the number of invasions it has promoted, said the Russian diplomat.

The Western powers (the United States, France and the United Kingdom) accused Russia again, whom they hold responsible for the current Ukraine conflict.

China, India and the United Arab Emirates (UAE), who abstained in the vote, insisted that talk and diplomacy should be used to deal with this situation.

Most UNSC members opposed the military actions and called for prioritizing protection for civilians.

Hours earlier this meeting, the Russian Presidency spokesman Dmitri Peskov condemned that the Ukrainian authorities are delaying negotiations with Moscow and are capitalizing on deploying multiple rocket launchers in Kyiv´s suburbs.